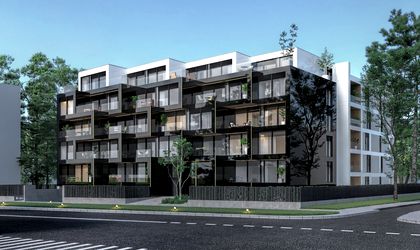 New housing has become more expensive in European countries over the last few years, including in 2019. Among the 23 countries participating in the Deloitte Property Index Study, 20 showed growth in prices of new dwellings and only three of them saw a price drop. Romania was among the former, with a price increase of 8.1 percent in the first quarter of the year. By Aurel Constantin

Experts in the residential real estate market expected the growth trend to continue in 2020, but they became less optimistic in the context of the COVID-19 pandemic. In almost half of participating countries, the residential market is expected to stagnate this year in terms of price, with experts in only six countries having positive expectations.

“The residential market is usually sensitive to macroeconomic conditions, but also to the supply-demand ratio. Even if the European economy is forecast to contract, the accommodative monetary policy of the European Central Bank and of other central banks in the European Union aim to keep interest rates at low levels and, indirectly, to be supportive of the housing market. In Romania, house prices rose by 8.1 percent in the first quarter of 2020 compared to the same quarter of the previous year, according to Eurostat data. By the end of the year, we are expecting this trend to continue, supported by the legislative changes considered for the First Home programme and the announced extension to the law regarding the 5 percent VAT rate to the sales of dwellings, which is yet to be enforced,” said Alexandra Smedoiu, Partner at Deloitte Romania and Real Estate Industry Leader.

The biggest price increase on the residential market was recorded in Luxemburg, a country that participated in the Deloitte Property Index Study for the first time, with an advance of about 13 percent in 2019 compared to the previous year, followed by France (+12.6 percent) and Spain (+12.4 percent). Serbia is on the opposite side, with a 7.4 percent drop in housing prices over the same period. Among Central and Eastern European countries (CEE), dwellings in Hungary (+11.5 percent), Slovakia (+11 percent) and Poland (+9.7 percent) recorded the largest price increases on the residential market.

In the CEE, in countries such as Slovakia, Croatia, Poland, Hungary, and Serbia, prices ranged from 1,000 EUR/sqm to 2,000 EUR/sqm. In this region, only prices in the Czech Republic exceeded the threshold, reaching 2,602 EUR/sqm, especially due to Prague’s high share of the national average.

In 2019, Paris was the most expensive city in terms of transaction prices of new dwellings, with 12,863 EUR/sqm, in a slight decline (0.4 percent) compared to 2018. By comparison, a square meter of a new dwelling in the city of Nis (Serbia) cost only 790 EUR and was the cheapest among the examined cities in 2019. The average price across all the 67 examined cities was of 3,758 EUR/sqm.

The impact of COVID-19

The impact of the pandemic on the Romanian residential market will be different for each category of buyers, correlated with the sale price of properties, according to a study by JLL Romania. The most affected segment will be the one that addresses buyers interested in properties with prices below 1,300 EUR/sqm. This category represents the largest part of the offer of new homes in Bucharest, respectively 64 percent of the total.

Under these conditions, government measures such as the New Home programme or the reduced VAT rate will continue to support market dynamics in these times of uncertainty.

“Increasing the unemployment rate will mainly affect this market segment. One of the short-term effects will be a decrease in the eligibility of potential buyers in this category, for whom it will be more difficult to qualify for mortgage loans. Transaction levels for this segment might see a sharp reduction, at least in the medium term, and therefore sale prices will follow the same trend,” says Andreea Hamza, Senior Director of the Living Department at JLL Romania.

The middle-upper segment which represents approximately 30 percent of the total number of units on the market and have prices between 1,300 EUR/sqm and 2,000 EUR/sqm will be moderately affected as buyers from this category presumably have more stable incomes and are more resilient to market downturns. Nevertheless, the small investors looking for buy-to-rent opportunities suitable for short-term accommodation will step back from this market in the medium term. Moreover, the presence of opportunistic buyers will increase as they will be more actively looking for distressed acquisitions.

The high-end segment, which represents approximately 6 percent of the total number of units on the market with prices above 2,000 EUR/sqm, will be the least affected, as it has proven to be the most resilient segment in previous periods of distress. Specialists don’t foresee a change in potential buyers’ appetite for luxury residential properties, so demand is expected to remain stable.

Overall, the new supply in 2020 will be less than 10 percent below the 2019 level, reaching approximately 12,900 units with potential delays in construction. However, the number of newly supplied apartments could fall by up to 50 percent in 2021, reaching approximately 6,500 units, and might continue the downward trend over the next 2 years. Therefore, the effects of the current crisis will be clearer in the longer term, when we will be able to evaluate its impact on the projects currently in the planning phase.

In the medium term, we expect developers to be more cautious and opt for the breakdown of projects into a larger number of phases in order to limit exposure to market fluctuations and keep their flexibility in terms of adjusting their product to potential changes in demand.

The future residential supply might be increased to some extent by the new trend of reconverting previously planned office developments into mixed-use projects with a residential component.

At the national level, the residential market in Transylvania is settings new records in housing deliveries, an increase in the number of closed transactions and prices with a positive evolution, according to a report by real estate consultancy SVN Romania. Cluj-Napoca, Sibiu, and Oradea, the three biggest regional residential markets in Transylvania, registered in 2019 new absolute delivery records, according to SVN Romania’s calculation based on data from the National Institute of Statistics (INS).

Cluj-Napoca remained the most important regional residential market from Romania, after the Bucharest – Ilfov region. 7,557 new homes were delivered in 2019 in the city and its surroundings, up 6 percent compared to previous year, thus setting a new record. Over 55 percent of them were part of residential projects located within the city’s administrative limits.

Sibiu, the second residential market in Transylvania and the fifth at the national level, with overall home deliveries in the last 13 years which are higher than the levels registered in Iasi or Brasov, also recorded new records in 2019.

SVN Romania’s calculations show that almost 2,700 dwellings were delivered last year in the city and its surroundings, up 18.2 percent compared to previous year.

The most spectacular evolution was seen in Oradea, where the level of housing units delivered in 2019 almost doubled compared to the previous year, to 2,161 new homes.

The doubling in the number of new constructed homes came in a context in which Oradea has been registering good economic results for several years now, on both the industrial and tourism segments, while the capital inflows from emigrated locals have remained high.

Alba Iulia and Targu Mures represent the only two other cities in Transylvania with 500 to 1,000 new homes delivered annually. Alba Iulia experienced the most significant development in 2019, with an 85 percent increase in the number of new homes, setting a new local record.