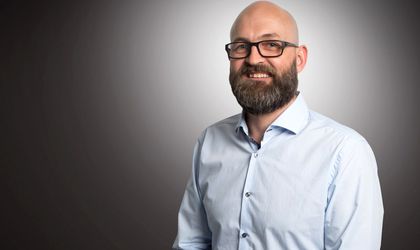 Real estate developer Prime Kapital has launched a financing solution for purchasing homes that’s better than the classic mortgages offered by banks, in the context where the central bank decided last month to limit the population’s indebtedness rates, according to economica.net.

From January 1, 2019, individuals will be able to take out RON loans with a monthly payment reaching a maximum of 40 percent of the net income, and 20 percent of net income for foreign currency loans.

Generally, developers demand a deposit between 20 and 50 percent of the property value, with subsequent payments split in various ways over the following years. Prime Kapital, however, wants to compete with banks’ mortgages offers and sell properties with deposits of just 5 percent with 30-year payment periods.

“We understand the BNR’s objectives of maintaining the integrity of the Romanian financial system, we don’t intent to criticise it at all, but a mix between the rules imposed by the central bank and those by the commercial banks creates unintended consequences, especially for clients who don’t obtain incomes from salaries, who can’t access traditional financing either because they don’t have the deposit they need, which is quite large for young people, or because their incomes don’t come from traditional salaries and are not taken into account. With this in mind, we’ve developed a financial product called FlexAssist, which allows those who can’t afford a large deposit or those with other types of incomes to be able to acquire a residential property on a 30-year period. As long as you have the 5 percent deposit, you’ll have the same owners’ benefits as those who access a regular loan,” said Martin Slabbert, CEO Prime Kapital, for Economica.net.

Interest rates will be similar to those practiced by commercial banks for mortgages requiring a 25 percent deposit, and the evaluation of the buyers’ credit score will take into account incomes from all sources, including business profit, collaborations or providing services, professional fees, bonuses or dividends. 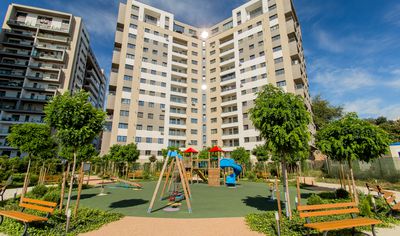 The developer says it won’t sell more than 20 percent of the apartments it builds in a single projects through this method.

Although the 5 percent deposit is similar to the one required by the Prima Casa program, Slabbert says he didn’t have the program in mind when developing his solution, even though Prima Casa addresses the same issues, but has other limitations.

“We think it will be difficult for others to copy our model. Banks won’t do this and will go forward with their own model, and other developers are not ready to invest in the same way we do,” the CEO says.

The FlexAssist financing is offered by the developer for homes in the projects it is currently building. One of them is Avalon, which will have almost 800 dwellings located between Aviatiei and Pipera areas in Bucharest. Works will start in mid-2019.

Prime Kapital has put up 39 apartments for sale in the complex, of which half have already been pre-contracted. The developer encourages the sale of apartments to the final buyers and has imposed a limit: one customer can’t buy more than one apartment for now.

The company’s second project will be built on the land of the former Marmura factory, near the Jiului metro station. Another project by Prime Kapital will be developed in Iasi, with 2,500 apartments, on the land of former factory TEBA.