Over 6,500 residential units in development in north Bucharest 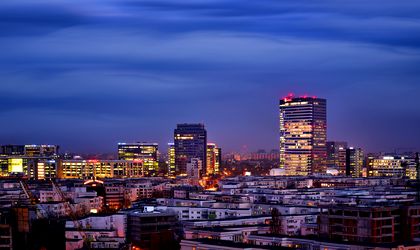 Over 6,500 residential units are under development in the northern part of Bucharest and are due to be delivered on the market in 2019-2020, according to a study released by real estate consultant SVN Romania.

The majority of this dwellings – approximately 60 percent – are in the Aviatiei-Pipera area, where there are also the most office buildings in Bucharest. Approximately 2,400 new units are due to be delivered in 2019, while another 1,500 new residential units are in development at the moment and are due in 2020.

“Even though much of the housing that will be delivered this year in the area is already pre-sold, we can observe a clutter on the supply segment, especially in the coming years. The location in the vicinity of an office building and in the northern area of Bucharest is no longer the only guarantee that developers will register the expected results. The potential exists but investors need to make sound business plans and offer superior quality products; for example, we still see wrongly positioned projects on the market,” said Andrei Sarbu, CEO SVN Romania.

According to company data, another approximately 6,000 new units are planned to go under development starting 2020-2021 in Floreasca-Aviatiei-Barbu Vacarescu-Pipera, areas that grew in terms of delivered units in Bucharest in the past years. These new dwellings will be part of new phases of existing projects and also of new projects that will be launched in the future.

11,272 new residential units were delivered in Bucharest in 2018 – Ilfov region, according to data from the National Institute of Statistics.

SVN Romania is the biggest player on the residential segment and is the consultant and exclusive agent of over 10 residential projects with more than 350 units each, including Cosmopolis, Belvedere Residences, Aviatiei Park, Baba Novac Residence, Parcului20, Soho Unirii or Tomis Park. SVN Romania’s consultants sold in the last years over 7,000 new residential units with an overall value of over EUR 500 million.

The company is also one of the most important players on the property management segment. SVN Romania manages approximately 550,000 square meters of office space and over 1,000 commercial spaces, some of its most important clients including Telekom Romania, Banca Comerciala Romana and UniCredit Bank. The company also operates a regional office in Cluj-Napoca, which is active on all real estate market segments, and a credit brokerage division – SVN Romania Credit & Financial Solutions.