One United Properties acquires a 10,710 sqm land near Floreasca district and Lake Tei for a new residential development 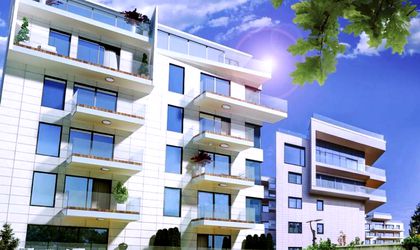 One United Properties, the leading green investor and developer of residential, mixed-use and commercial real estate in Bucharest, Romania, announces the acquisition of a 10,710 sqm land located near Floreasca district and Lake Tei in Bucharest.

On the new land set near One Verdi Park and Barbu Văcărescu Boulevard, the company will build a new low-rise residential development, which will be called One City Club.

“This transaction expands our portfolio of land for residential development and is in line with One United Properties strategy focused on investing in premium, sustainable real estate opportunities located in very good areas of Bucharest, which will significantly contribute both to the city’s development, and to the company’s revenue and profit. Our purpose is to build and manage a well-balanced real estate portfolio that is efficiently integrated into the urban life, while fitting in with all the needs of new generations”, said Victor Căpitanu, co-CEO One United Properties.

The new residential development will have approximately 200 apartments organized in low-rise compounds, on a total area of about 37,000 sqm, of which 27,000 sqm above ground and 10,000 sqm underground. One City Club will also integrate a commercial area with facilities and services for the community, such as gym and swimming pool, green and recreational areas, golf room, various services. The great location of One City Club will offer quick access to the northern part of the city, including points of interest such as Floreasca Park, One Gallery shopping hall within One Floreasca City (the former Ford Hall) and quick access both to the city center and to the A3 Bucharest-Ploiești highway. 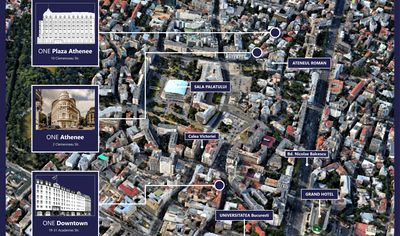 One United Properties kicked off on June 27th the share capital increase operation, through which the company intends to raise up to 470 million lei, to be invested with priority in new real estate developments. In the first stage of the operation which runs from June 27th until July 26th, the shareholders who held ONE shares on May 20th, 2022, and consequently received ONER01 preference rights on May 23rd, can subscribe in the share capital increase operation. The rights are not tradeable. The maximum price per ONE share in Stage 1 of the share capital increase operation is 1.42 lei. In addition, a shareholder must hold 7.8 preference rights to subscribe for a new ONE share. The final price per share will be set after the closing of Stage 1 and Stage 2. If the final price is different from the maximum price, the difference will be returned to the investors’ accounts upon closing of the process.

The company is currently in advanced negotiations for ten future developments as well as it is in early discussion or negotiation stages for more than 20 other developments. The ten developments currently in advanced negotiations are primarily focused on medium and medium-high income residential properties. If signed, approximately 10,000 apartments with more than 1 million square meters above ground of gross buildable area would be developed on these lands by One United Properties over the next seven years. After they are developed, these developments could generate a gross development value of more than 2.3 billion euro and a potential gross profit for One United Properties of 900 million euro. Approximately 10% of the development would be office and commercial spaces. The company’s focus is to invest with priority in Bucharest, where most of the pipeline is located.

One United Properties acquires three historic buildings in the center of Bucharest for...

One United Properties doubles posts turnover of EUR 184.2 million in the first...