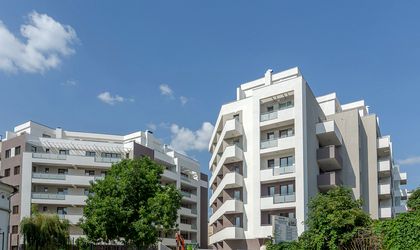 British real estate developer London Partners has announced the completion of Soho Unirii, the biggest residential project developed in the immediate vicinity of Bucharest’s Unirii Square. The project comprises 236 apartments with one to four rooms, in three low-rise buildings, with five floors and a sixth retracted floor. The investment in the development of Soho Unirii amounted to approximately EUR 26 million, according to the company.

London Partners recently obtained the required documents from the authorities, and is currently working on the final details of the project, especially in the shared areas. Delivery to buyers will be completed by the end of this summer, depending on the individual cadastral and tabulation processes.

“The Romanian real estate market is very attractive and we are satisfied with the results we’ve had with Soho Unirii, where we basically opened a new area for residential developments, right within the heart of Bucharest. We are looking at new investment opportunities, and we’re interested in both new residential developments but also in developing mixed-use projects, with office and residential spaces,” said Richard McLaughlin-Duane, Managing Partner at London Partners.

Approximately 70 percent of the apartments within Soho Unirii have already been purchased, with the overwhelming share of buyers being final users who wanted a new and modern apartment, located near the major interest points from Unirii Square, Tineretului and Timpuri Noi. At the same time, Soho Unirii benefits from a full range of competitive facilities, such as an ample lobby, superior design and finishing of both apartments and common areas, floor heating as well as a centralized heating system.