Impact Developer & Contractor, 51% record increase in home pre-sales in the first 9 months of the year 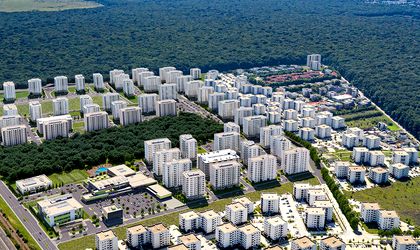 Impact Developer & Contractor (stock symbol IMP), the first real estate developer listed on the Bucharest Stock Exchange, recorded a 51% increase in the number of contracted housing units in the first 9 months of the year, compared to the same period last year. Thus, pre-sales and reservations were concluded for 379 housing units, with a total value of EUR 40.9 million.

The increase in operational activity is a positive signal for the shareholders and investors of Impact Developer & Contractor (Impact), the company being at the beginning of a new production cycle, registering on September 30, 2021 a large number of housing units under development at national level. Thus, at the end of the first 9 months of the year, Impact had building permits for 1,264 apartments in Greenfield Baneasa in Bucharest and 359 housing units in Boreal Plus in Constanta. At the same time, the company is in an advanced stage of receiving building permits for an additional 2,655 units, thus forecasting a doubling of the volume of construction in the near future.

As part of the expansion strategy in other major cities of the country, the company owns approximately 73.5 hectares of land in Bucharest, Constanta, Iasi and Oradea, on which it develops 6 projects: Greenfield Baneasa (expansion, Bucharest), Boreal Plus (Constanta), Greenfield Copou (Iasi), Luxuria City Center (Bucharest), Greenfield West (Bucharest) and Lotus (Oradea). The projects total about 12,404 apartments, which have an approximate market value of 1.8 billion EUR, of which 906 million EUR are estimated in the period 2022-2027.

”We are approaching the achievement of another objective in our medium-term development plan, which has certainly increased the attractiveness of the Greenfield Baneasa compound: the completion of the largest community center in a residential neighborhood. The community center includes an extensive network of stores that will cover the immediate needs of the community, an impressive wellness space equipped with a gym of 1,114 sqm, SPA elements, tennis courts, squash, spinning room, semi-Olympic pool and outdoor pool. In September it was also issued the building permit for the first public school and kindergarten which will be built in a new residential compound and which are estimated to serve the entire community starting with the 2023-2024 school year. These new educational units will be built at European standards and will accommodate 780 children in the gymnasium cycle and 150 children in kindergarten. Thus, the large number of pre-sales is a confirmation of the growing interest among buyers for large, sustainable communities and sustainable projects. The results obtained motivate us to continue implementing sustainable and technological solutions that considerably improve the quality of life.” declared Constantin Sebesanu, CEO Impact Developer & Contractor.

Between January and September 2021, Impact sold 145 apartments, of which 121 apartments in the Luxuria Residence compound in Expozitiei, 21 units in Greenfield Baneasa and 3 apartments in other projects developed by Impact in the past. On September 30, 2021, the apartments completed in the northern district of the capital, Greenfield Baneasa, were 99% sold. The company is at the beginning of a new development strategy, which aims to develop in parallel in at least six locations at the country level, in various areas with potential. Through its vast geographical coverage Impact will continuously deliver apartments at BREEAM Excellent and nZEB (for projects authorized from 1 January 2021) sustainability standards, which offer a high level of housing quality while protecting the environment. Although at the beginning of the production cycle for most of the projects under development, thus having a low stock of completed housing units, the company recorded revenues of 22.29 million EUR in the first 9 months of the year and a profit of 7.33 million EUR.

In order to consolidate its activity according to the development strategy, Impact increased its share capital to the amount of 393.75 million lei in June, by incorporating capital premiums and part of the retained earnings. By the end of the year, Impact will increase the number of units under development to 2,500, thus building the foundations for the implementation of the 6-year development strategy published on the company’s website.