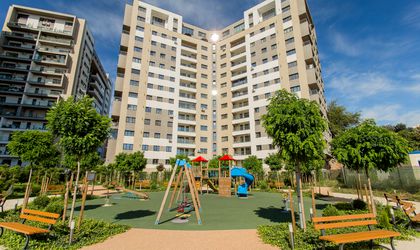 “Although we encountered the two months of total lockdown in the spring, we managed to recover during the year, reaching a monthly average of 47 apartments sold,” said Ana Maria Nemțanu, Sales & Marketing Director, Gran Via Romania, adding: “The best-selling products were the two-room units, for which we had the largest stock, but the demand for the three-room apartments exceeded the stock we had.”

The first project of Gran Via in Romania was Timișoara 58, built on the former Frigocom platform, in sector 6. The project totals 800 apartments.

The second development was Gran Via Park, near the Plaza Mall, on the site of the former Electrotehnica factory, which today has become the company’s largest project in Romania, with 1,000 apartments completed and another 220 under construction.

Aviaței Apartments is the third Gran Via project in Romania, also built on an industrial lot of Paste Băneasa, in the Aviaței area. In this location, 291 apartments were delivered at the end of 2019.

The fourth project is Gran Via Marina, in Constanța, near Vivo! shopping mall, where the first phase will be handed over this spring, totaling 192 apartments. Upon completion, the entire complex will have about 1,000 apartments.