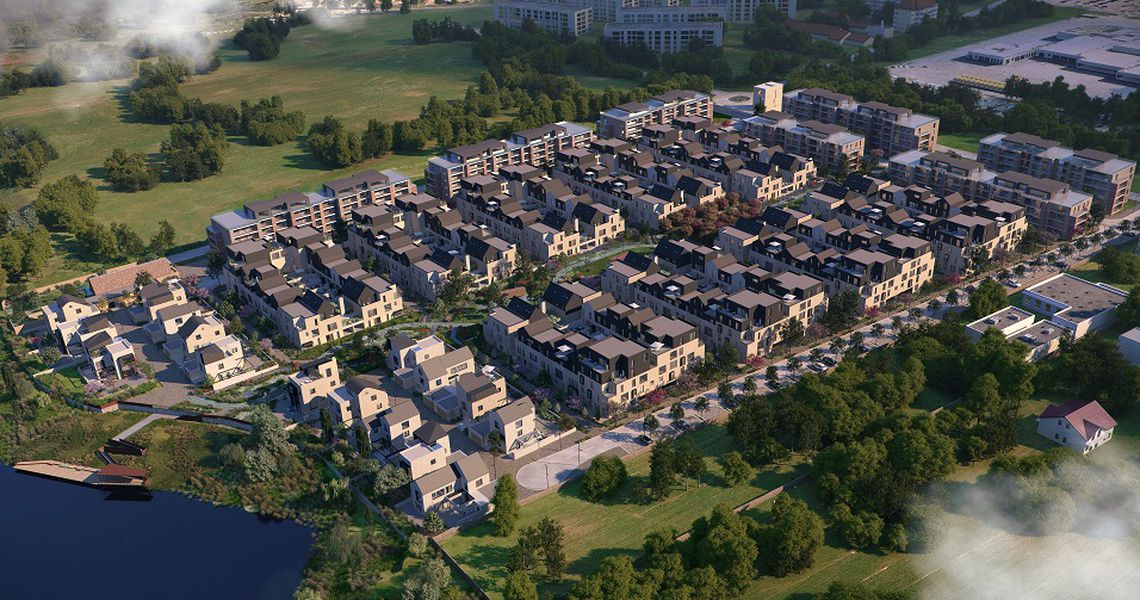 On the Romanian residential market a property has to be worth at least EUR 500,000 to be considered luxury. And the category runs from penthouses in northern Bucharest, to historical villas. The latest concept, say players, is affordable luxury.

At the high end of the market, the most significant delivery in 2018 was One Charles de Gaulle, with 33 apartments. By the delivery date, 90 percent of the units were already sold.

In December, developer Atenor took its first steps towards the high-end residential sector in Bucharest, by acquiring a plot of 7,150 sqm in the Floreasca/Barbu Vacarescu area. The site is located between the recently redeveloped Lake Floreasca area and the Aurel Vlaicu underground station, close to Promenada mall.

This acquisition fits into Atenor’s development strategy, which aims to promote projects with high architectural and environmental quality across European cities with strong economic fundamentals.

Other at least premium or affordable luxury projects were Cloud 9 Residence with around 800 apartments, Aviatiei Towers with some 150 flats and Aviatiei Park with 352 apartments.

Last year, Prime Kapital confirmed it would start developing on two land plots in the Pipera area (Avalon Estate) and in Bucurestii Noi (Marmura Residence). With approximately 800 residential units, including houses and apartments, the Avalon Estate is scheduled for delivery this year.

The amenities available include promenade areas, a private kindergarten, access to the Pipera Lake and commercial areas.

On May 15, at ARCUB, Business Review will host the 18th edition of Realty Forum, its flagship event for the Romanian real estate market, covering the impressive growth of the property sector in the last 18 years and the challenges stemming from economic headwinds and shifting trends of consumers.

With 5,000 sqm of green areas and 1,700 sqm of retail and commercial spaces, Marmura Residence will bring a new modern touch in a neighborhood previously dominated by older buildings.

Stretching over 1.5 hectares, Marmura Residence will consist of 458 apartments designed for young professionals and families and could fit into the affordable luxury concept spearheaded by the entrepreneur Lucian Azoitei, who owns the developer Forty Management.

The developer also owns a 2,200-sqm plot on Viitorul Street in Sector 2, near Stefan cel Mare, where, according to Azoitei, the development of the Central District Viitorului project will begin this autumn.

“With this project we are in an early stage, but we will have around 40 apartments, a shopping area and an office area of about 1,000 sqm. All areas adjacent to the blocks will be green areas for the promenade, all cars will be underground and the resulting area will be green. The building will be certified green, which means approximately 70 percent of the surface area will be green area. The height regime will be different with one block lined up at the GF + 5 +6 retreated street and the other G + 4 + 5 secluded. We are also in talks to acquire a large land plot in the north of the city,” says Azoitei.

The attraction of old buildings

With increasingly fewer land plots available in high-end areas, as is the case in markets including London and Paris, older buildings situated downtown are being converted into high-end boutique projects. For example, Hagag has launched H Victoriei 139, which will provide 33 high-end apartments on Calea Victoriei.

This mixed-use project, with 236 apartments, is expected to be delivered in 2021.

“We expect the same level of interest in the high-end market as long as there are similar levels of high-quality projects from experienced developers,” said Knight Frank agency consultants.

At the top end of the market, demand remained constant during 2018. There was significant appetite for new developments located next to parks, especially in the main office hubs in the north of Bucharest.

One United sold an average of 4.5 units per month between July 2018 and January 2019.  Significant interest was registered in One Floreasca City’s one- and two-bedroom apartments, but the project has been slammed by activists, who claim that it is breaking construction rules in the area.

The company sold the most expensive apartment in 2018 at One Herastrau Park, for EUR 2.7 million.

Several market commentators claimed in 2018 that the real estate market was heading towards a new crisis. However, data suggests that there is still growth space, and if changes were to occur, they would be in the form of a price correction rather than a market collapse. Demand is still greater than supply, especially at the top end of the market, where specialists say there is still room for growth.

According to Knight Frank, a slight change in the profile of high-end buildings and specifications will appear. Tower buildings with glazed facades and unobstructed views will replace low-rise buildings in well-known areas.