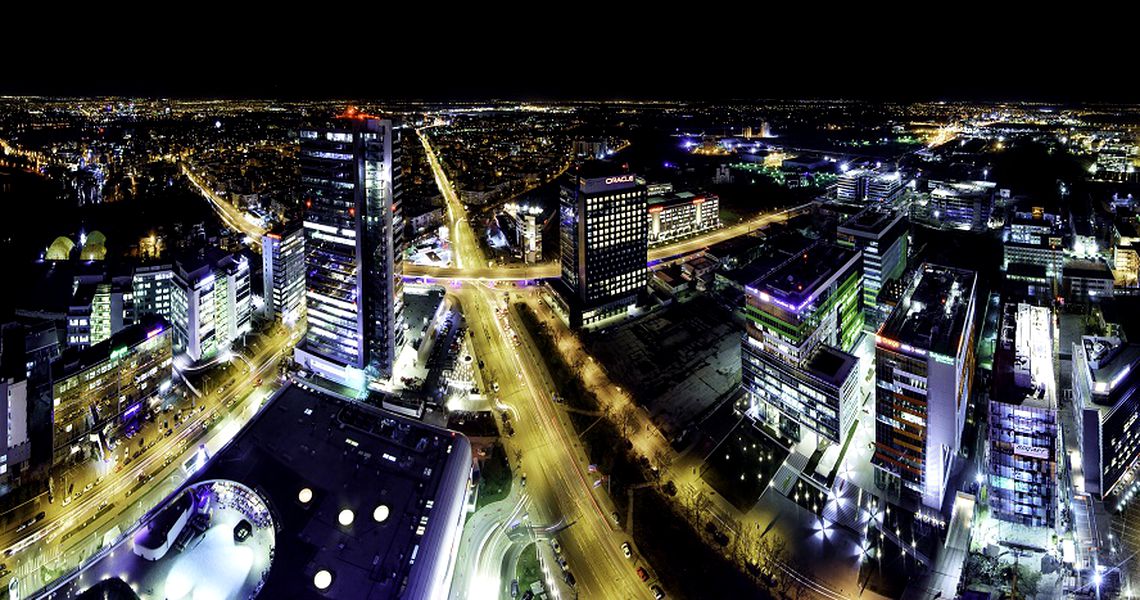 The real estate sector is still going strong and showing no signs of slowing down. All areas are seeing transactions, and while the office segment has been the main driver in Bucharest, industrial projects seem to be at the forefront of investments.

The development of infrastructure, foreign capital absorption, highly qualified personnel, and expanding opportunities have all led to more investors coming to Romania and developing the industrial and logistics sector. Romania was present at the Transport Logistic 2019 fair in Munich, Germany, where companies from Eastern Europe and beyond were looking at the country more and more when deciding to extend their activity in South-East Europe.

“We had meetings with several companies specialized in the industrial and logistics sector and we have observed a high interest in future development in Romania. Compared to the last edition, two years ago, the discussions were more focused and with greater interest in key areas in our country. Companies from Poland, the Czech Republic, Serbia, Western Europe and Asia are analyzing investment opportunities in Romania and we expect new investors to enter the Romanian market in the future,” said Marian Orzu, managing partner at Dunwell, who was present at the fair.

Railway and port accessibility make Romania a great destination for Asian companies looking for a better European presence, and the country has a very good connection to the west, Dunwell specialists add.

“We’ve had meetings with several Asian companies – from India to big business centers such as Hong Kong and Shanghai – all of them interested in investing in Romania, due to its great connection to means of railway and sea transportation. Constanta could become an important business hub for such investors in the coming years, mainly Asian companies aiming for a more significant presence in Europe,” Daniel Cautis, managing partner at Dunwell, told Business Review.

While foreign investors are looking for opportunities, the domestic market is seeing interest in smaller projects. “There are many positive signs in the real estate market, and while the big transactions usually make the headlines, what we have seen from the market lately is a growing interest in mid-size office projects (we are speaking about a range of EUR 15-40 million). A large number of investors are looking at this type of project,” Vlad Tanase, real estate partner at NNDKP, told Business Review.

While e-commerce and inner-city logistics continue to gain ground, new local and international developers have joined the competition and are exploring new locations. In 2018, the supply of industrial spaces increased by 30 percent y-o-y to 3.5 million sqm, while in 2019 Dunwell estimates it will exceed the 4 million sqm mark.

Last year, CTP generated 60 percent of the new supply, while WDP obtained 43 percent of new (pre)leases and P3, another major developer, announced its second industrial park, near the A1 highway. Bucharest stayed on top when it came to new deliveries, followed by Pitesti, Timisoara, Sibiu, Craiova, Ploiesti and Brasov. Demand in Bucharest was roughly 700,000 sqm in total, of which 77.5 percent consisted of new leases, and 22.5 percent renewals and renegotiations.

Retailers accounted for more than 42 percent of total demand, followed by logistics companies and FMCG.

While in 2018 the Bucharest vacancy rate was around 5 percent and the average headline rent was about 4 EUR/sqm, experts are expecting the 2019 leasing market to be characterized by more competitive rents, more flexibility from owners and developers, and incentives.

The new industrial supply is expected to add another 750.000 sqm to the market, more than a third being located in Bucharest. Some 65 percent of the new supply will be located in regional cities, with new projects due to be developed in Craiova, Constanta, Buzau, Bacau and Iasi.

New developers are likely to rise in the industrial market, such as MLP Group, Element Industrial or Global Vision, with MLP and Element Industrial close to completing the first phase of their projects – MLP Bucharest West and Eli Park 1 – and ready to start the next phases.

“In the first half of 2019, a higher number of transactions was recorded compared to the same period of 2018 and the traded surface was higher, with 120,000 sqm traded through specialized agencies and nearly 50,000 sqm within direct transactions. The average surface transacted to date in S1 2019 is about 6,000 sqm,” said Orzu.

SUPPLY AND DEMAND IN BUCHAREST

“We see a high availability for land developments in western Bucharest, considered the main industrial area of this kind, with only 8 percent of the total surface being owned or in use. This is the reason why there is constant pressure on rents near the A1 highway, but this offers developers a more flexible approach. Therefore, new areas, such as north and north-west Bucharest, have attracted new developers, whilst the demand for east and south-east Bucharest is on the rise as well. Mid-year, we can observe higher demand for warehouses and lower for production units, which indicates an economy based strictly on consumption,” said Orzu.

The interest is high in cities with good connections to highway infrastructure, but cities such as Constanta – for its port access – or railway hub cities like Brasov, Craiova and Iasi pique the interest of future investors, aiming at boosting their presence in Europe.

Analysis | The real estate market, auspicious in any crisis