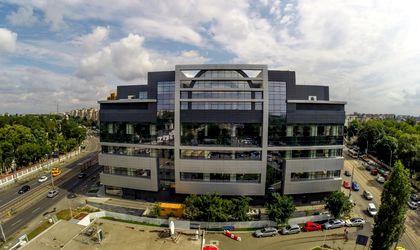 The real estate investments volume will exceed EUR 1.1 billion this year, transactions over 700 million euros being already signed or in due diligence process.

This demonstrates the increased interest of investors for the local real estate market, even though last year the volume of transactions was only EUR 683 million, below initial estimates. The volume of transactions recorded last year was influenced by the long process of analysis of the projects, the buyers still being very cautious to the investments they make in Romania.

“In the last period, we have managed to convince more and more international investors to look at Romania and this has materialized on the one hand, through a high volume of transactions that have already been secured and are to be completed in the next period. In total, transactions of more than EUR 700 million are in advanced stages, and for the whole year it is very likely that the volume will exceed EUR 1.1 billion, a record level of the last 6 years,” said Andrei Văcaru, head of Capital Markets JLL Romania.

The increased appetite of investors is also reflected in the evolution of yields over the last 12 months, which compressed by 25 basis points for office and industrial assets, up to 7 percent and 8 percent, respectively. The trend will continue this year and is in line with what is happening in the region.

“The spread between yield in Romania and Poland or the Czech Republic reach up to 275 basis points for comparable properties, which means that prices on the local market are significantly lower compared to the region, making investments in Romania more attractive,” explained Andrei Văcaru.

Offices in Bucharest, the most liquid assets in 2020

Given the ongoing transactions, in 2020 we expect a strong recovery of Bucharest, which could attract over 80 percent of the total volume of investments, compared to 48 percent last year. Secondary cities, which have become more attractive to investors in 2019, will drop in weight as there are fewer projects available for sale.

By 2020, office buildings will represent the most liquid real estate asset class. Moreover, we expect an increase in the share of total transactions to 80 percent, from 60 percent last year.

Noteworthy, the evolution of the hotel sector, which is becoming more active and where we expect in 2020 new transactions in the context where in the last 3 years no less than 11 sales of hotels were closed, both in Bucharest and in secondary cities.

The real estate consultancy company JLL was involved in 2019 in transactions of over EUR 325 million. 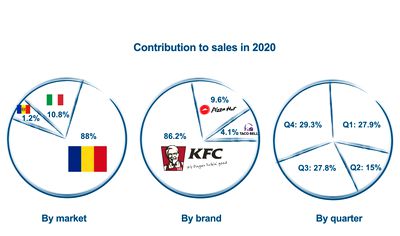 Read more about
Sphera Franchise Group achieves consolidated sales in Q4 up by 5.3% compared to Q3 and ends 2020 with results above estimates
read more

The most important projects in which JLL provided consultancy services in 2019, representing the sellers, are The Office (the largest sale of an office project outside Bucharest), Promenada Târgu Mureș and the sale of an emblematic building in Bucharest, the Oscar Mausgch palace (BCR ) from the University Square.

“The performance of JLL’s Capital Markets team is important as it has successfully completed some of the most complex transactions on the market. The confidence given by the investors to the JLL team is the result of the work of many years, in which we managed to obtain real added value in the transactions in which we were involved,”said Andrei Văcaru, Head of Capital Markets JLL Romania.

New sources of capital on the market

The analysis of the origin of the capital allocated for property acquisitions in Romania shows a continuation of the diversification of the investors. Last year, local assets attracted South African, Romanian, American, Hungarian and Middle Eastern capital, and this year, we expect Western Europe and Israel to be the main sources.

Morgan Stanley, Indotek, CFH and White Star are among the new investors who made acquisitions in Romania in 2019.

And at the regional level, the year 2020 is expected to be a reference, after the absolute record registered in 2019, of almost EUR 14 billion.

Note the differences between the sources of capital in the countries of the region. While Poland has very few local investors, and those in Europe own about 50 percent, in Hungary the local capital generated 80 percent of the transactions, and in the Czech Republic 40 percent.

Raben Group: The year 2020 was filled with challenges