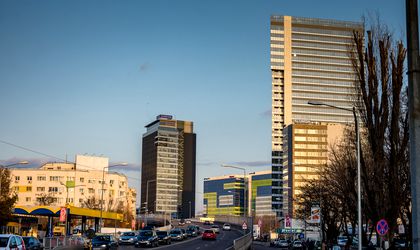 In 2022, two records are noted on the market of transactions with income-generating real estate assets in Romania: for the first time the Romanian capital exceeds the foreign capital (cumulatively) and a Romanian investor, Pavăl Holding (the owner of the Dedeman brand), made the largest real estate transaction, according to the analysis performed by Fortim Trusted Advisors, member of the BNP Paribas Real Estate Alliance.

In 2022 income-generating real estate assets estimated at over 1.23 billion euros were traded, the second highest value of all time (since 2007). Although 2022 is the year of records, a year in which commercial assets with a total area of about 2,000,000 sqm were traded, it is probably the year when the real estate cycle changes its trend, ending a period of relative stability and predictability.

“Analysing in retrospect the last years, we note the important role of the Romanian capital represented by exponents such as Pavăl Holding with significant transactions of income-generating assets and One United Properties who developed over one million square meters of residential projects and accumulated through development and acquisitions a stock of 165,000 sqm of commercial projects (offices and retail).This year the growth of Romanian capital was the strongest and increased its stake to over half of the total real estate transaction market”, says Ștefan Oană, Head of Capital Markets of Fortim Trusted Advisors, alliance member of the BNP Paribas Real Estate. 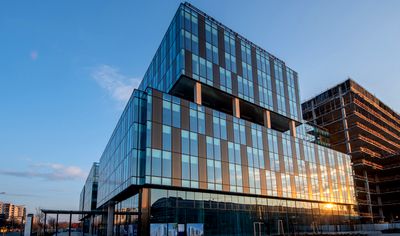 Where do the buyers of income-generating real estate assets come from?

Thus, in 2022 in the top of countries from which the buyers’ capital comes from, out of the total value of transactions with income-producing assets, Romania ranks first (with a share of 51%), followed by South Africa (with 16%) and on the third place is Austria with 9%, the rest of the countries having shares below 3% according to the analysis made by Fortim Trusted Advisors,  member of the BNP Paribas Real Estate Alliance.

The top of real estate investor’s countries of origin is completed on second place by South Africa, with one if its exponents MAS group, who bought from its partner, developer Prime Kapital, an entire portfolio of retail parks with a total value of 197 million euros.

On the other hand, with the acquisition of Expo Business Park office project for about 115 million euros, the third place is occupied by S Immo, an Austrian investor whose majority stake was recently acquired by the Czechs from CPI Property Group, Czechs who also own majority stakes of Immofinanz.

Summing-up the last 5 years: again, Romania on the first place

A similar result is revealed from the analysis of the transactions volume over the last 5 years, placing first the Romanian capital with 28% of the total volume, followed at a distance by South Africa with 13% then Austria, Israel and the Czech Republic weighting just under 10%.

With asset purchases worth 854 million euros over the last five years, out of which 467 million euros in 2022 alone, Pavăl Holding is the leader of office projects acquisitions, thus at the end of 2022 ranking second, after Globalworth, in the local market top of largest office owners.

In the top of the largest owners in the local market, it ranks second, after Globalworth, at the end of 2022.

The offices were the most traded

Dominating every year, the star was the office segment, accounting for a total of 65% of all transactions in the last 5 years, followed remotely by retail with 18% and industrial with 13%.

This difference, according to Fortim Trusted Advisors, is due to the dominance of these two market segments, retail and industrial, by developers who preferred to keep and operate the completed projects.

The period of the last five years was characterized by a relative stability, the prime yields suffering a slight compression, for example on the office segment decreasing from 7.5% to 6.5%, which was also reflected in the capital values at which the “prime” projects were traded, these being around 2,700-2,800 euro/sqm of GLA, with an exception such as Dacia One project, traded at a value of over 3,000 euro/sqm GLA.

Looking at the current situation, characterized by inflation and rising interest rates, the period of stability and predictability is ending, indicating the beginning of a new real estate cycle. The next period will be marked by challenges, both for owners and developers, with the retail and industrial segments indicating a little more resilience, while the office and residential segments anticipating the most challenges.

“The demand in the office segment is still influenced by the work-from-home phenomenon but also by the cost increases, which will continue to put pressure on landlords. On the other hand, office deliveries over the next two years will be substantially reduced compared to the average of the last five years, which could contribute to a smooth balancing of supply and demand. Although the next period is shaping up to be difficult, the presence of Romanian capital will contribute to a positive evolution, an important role also having the measures that authorities will take to limit the disruptive economic effects generated by the geo-political situation and to create a favorable environment for investments in general”, estimates Ștefan Oană, Head of Capital Markets at Fortim Trusted Advisors, member of the BNP Paribas Real Estate Alliance.

Top cities that attracted the most office tenants in the third quarter of...

The pandemic has quadrupled deliveries of new retail park developments