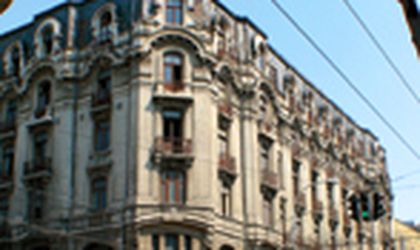 In recent years real estate developers have been in the habit of promising hundreds of millions of euros in investments for Romania. In most of the cases, the projects are eventually built.
In other cases, their strategy is aimed at increasing consumers' trust in a project launched at the time the announcement is made. This is risky, however, as long delays in starting an announced project may raise questions and make people wonder whether the developer will act on its commitments or not. And on a more and more crowded market, the company's image will make a difference at some point.
Romania has both good and bad examples of big promises of real estate developments. When a developer promises more than a few hundreds of millions of investments on the local market, questions arise. Where could the money come from? Can the market sustain all the projects announced?
For example, on the retail segment, the projects already announced reach some 3 million sqm, if all are completed. The market, however, can absorb only around 1.7 million sqm, according to Colliers representatives.
Most of the promises have turned at least into projects underway. Some of the developments are still waiting, pending various issues.
Public-private partnerships are a special category to look at when talking about what promises were made on the local real estate market and what turned into reality. While Esplanada is being delayed by negotiations between the private investor and the state's representatives, the Dambovita Center project has finally kicked off. In this case, several names of private investors emerged until things were settled with Plaza Centers.
Developers have to take into account all the development announcements in a certain city or area of the city to be able to come up with a project with a high chance of success.
The residential market should not be oversupplied, considering all the projects announced. “In our experience, only around half of the projects announced on the residential market will start and be finished,” said Colliers representatives.
Some projects have become landmarks for delay
Hercesa's apart-hotel, to be built on the former Cismigiu hotel premises, is one of the most-awaited projects, mostly since its location is a very central one. But it still looks out forlornly, although somewhat masked by a Hercesa Immobiliaria banner showing who promised to revamp it.
The Spanish developers said mid-last year the project was ready to start, and that a demolition company was already working on the site. The completion term for this apart-hotel project was a year and a half, which means it should be ready by the end of this year, in theory. Apparently, Hercesa decided to start another project instead of this one. A residential project in Titan, on the premises of a former bakery, is being pursued. Its strategy may have taken into account the fact that the market may receive a residential project better than a hotel, and so profits could come quicker from apartments than from an apart-hotel.
Hercesa representatives estimated the apart-hotel would need some EUR 5 million in investment to revamp it – a sum which doesn't include the purchase price for the property.
Alejandro Solano, country manager for Hercesa Romania could not be contacted for comment before press time.
UK developer Modus Properties announced at the beginning of last year plans to build a EUR 400 million mall in north Bucharest. The construction of the mall should have started in spring this year and been finished by mid-2009. The project, to be called Colosseum, was to be built in collaboration with local firm Nova Imobiliare, which owns the 14,000-sqm plot in the northwest of the city. When the first announcement was made, the project was in the lettings and outline design phase.
UK-based Modus was also planning to develop the local infrastructure around the site, which will be based around a transport hub within the center, providing a tram and bus station with direct access to it. The company wanted to build three kilometers of new road and tram links to the center from the existing road network, and the implementation of a transport travel plan.
Moreover, Colosseum was Modus' first project on the Central and Eastern European market and the company's launch into Europe was founded on this opportunity, said Modus representatives at the time.
Mid-last year, Global Finance Real Estate was planning to start a real estate development in Romania in the same year. The retail park in the Pipera area was in its design and conception phase. Global Finance was waiting for the necessary permits and for the start of general contractor selection. The project was supposed to require more than EUR 100 million in financing. The company was also discussing further projects in partnership with developers, both local or foreign. So far, Global Finance hasn't said anything new about the project.
The chances of a developer's announced projects actually starting are higher when the developer has already constructed projects in Romania. Developers with a portfolio in Romania know the market, already have the right people and can easily secure financing.
For new names on the market, it can sometimes be difficult. American developer Polimeni was planning to spend EUR 300 million on shopping malls and residences around Romania. What seemed a sure thing went bust as Polimeni announced last week it had lost the necessary financing for Romania and will not now pursue any project in the country.

Billion euro investments start with small steps
At a closer look, it seems that, although market analysts say not all the projects announced will be seen through to the end, most of what has been announced on the market several years ago is underway or has already been delivered.
Let's take the bigger sums the investors have promised to invest.
Israeli developer Globe Trade Center (GTC) had announced hundreds of million of euros of investments in residences and commercial centers. The company is working on three residential projects at the moment: Green Dream, Rose Garden and Felicity.
The project for Galleria shopping centers has also started. GTC recently sold America House, the last office building in its Romanian portfolio, for some EUR 120 million, which lays the financial grounds for GTC's future projects.
Another Israeli developer, Neocity, promised to invest some EUR 1 billion over the coming years in Romania. The company, already with a track history of office buildings in Bucharest, is close to completion with a mall in Constanta, which will be opened in February next year, according to Nimrod Ben Ami, CEO of Neocity in Romania. The company works on housing with NeoPeninsula project, and on offices with Neocity III and Neocity Business Center.
Irish developer Mivan promised EUR 750 million of investments in Romania. The company is now working on residences, along with British fund Fabian, in a project called New Town, for which works should be completed by the end of this year or the beginning of next year.
The first real estate project that brought Mivan to the local market was Liberty Center, a mall to be built on the premises of a former communist structure in the Rahova area of Bucharest. According to initial announcements, the mall was supposed to be delivered on the market by the end of this year. The second deadline, coming from Mivan officials, was October next year.
The company launched the project this year by demolishing the existing structure to make room for the EUR 70 million mall. Mivan's announcements also include 10 Tiago malls around the country in the next three years, an overall commitment of EUR 500 million.