“A continuation of the pattern of pay hikes well above inflation should support consumption and rents in 2019. It is that recent pattern of wage rises that should see the service sector grow within CEE economies in the coming years, sheltering the region somewhat from any blizzards appearing in the global economy”, Mark Robinson, CEE Research Specialist at Colliers International, commented.

“Romanian investment volumes stood at a bit under EUR 950 million, a meagre dip compared to 2017. For 2019, we are moderately optimistic. The economy is set to continue expanding around its potential growth rate, which is double the EU’s average. Normally, this, alongside a juicy yield gap between Romanian products and those in other CEE countries, would be enough, especially given that office pipeline suggests over half a billion euros. Still, the bigger risks (both economic- and political noise-related) are a source of concern”, Silviu Pop, Head of Research at Colliers International Romania, said.

Several leading indicators we follow suggest that a slowdown is unfolding in the world economy. Chinese growth surveys, the oil price, Chinese imports, South Korean exports, the German IFO Expectations subcomponent all point the same way: down. More worrying for CEE and Germany is the recent drop in Chinese auto demand, which presaged China’s trade “stand-off” with the US. Europe’s largest economy may be in a “technical recession” right now. 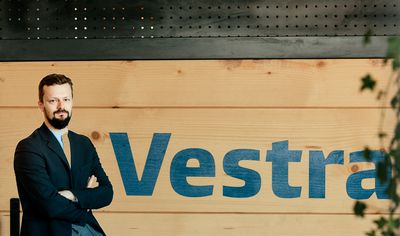 Read more about
BR Interview | Vlad Iftime (Vestra): The business environment must be actively involved in the life of the communities in which it operates
read more

Rocks to stumble over?

We believe investors in real estate in the CEE-6 must be increasingly wary of other risks in this thinner air. These include an overheating development cycle, labour shortages, progress in the ease of doing business of competitor peers around the world, Brexit and related EU funding cuts, “populist” CEE politics and asset taxation risk. E-commerce and “flex-working” are longer term disrupters.

Eurozone money supply growth has shrunk persistently since the end of 2016. This is a harbinger of slowdown in Europe. We are seeing signs of this already in Western Europe. It implies that, at best, consumption sentiment and therefore growth dynamics plateau at best in the CEE-6.

Consumer sentiment appears to drive fund flow momentum in CEE real estate. The link to investors’ business models, with nearly half of flows in the region via the retail, logistics and hotel sectors and indirectly via employment to the office and the industrial markets, is clear. Consumer sentiment peaked in most of the CEE-6 between 6-12 months ago, before that in Romania. Applying an 18-month lead timing to that points to mid-late 2019 as the summit.

Towards a plateau, not a precipice

Is it a precipice or a plateau that lies beyond? A plateau, we think. Research we conducted 12 months ago suggested that wage growth in European countries in four-year periods leads to faster trend GDP growth in the succeeding four-year period. As most employers in the CEE region by now know, wage growth in CEE is a major feature of this economic cycle. We see a likely continuation in 2019 (5-10 percent in the CEE-6), though at lower rates than last year due to the beginning of a weakening of demand in the industrial sector. This growth is commonly faster than that seen in the EU, so even in recession phases, the region is “converging” gradually to EU levels.

The UK’s Brexit will most likely see cuts to the EU’s Structural Funds program and a recalibration of eligibility of regions within the CEE-6. If local politics allows, the relatively balanced budgets of the CEE-6 countries should in general help to plug any reduction in EU Structural Funds flow. Brexit’s other likely effects include a small reduction in remittances and a shift in the migration balance of workers, which could help CEE’s labor shortages at the margin.

FintechOS raises USD 60 million in Draper Esprit-led Series B funding round to...