Real estate deals slump to half of last year’s level 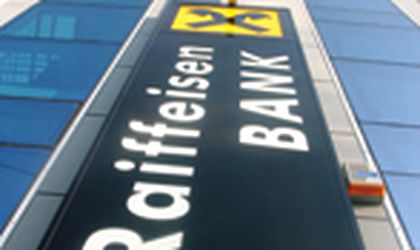 The list of top real estate deals put together by Business Review includes both transactions involving real estate projects, and those with brokerage firms or construction companies. Last year, BR listed 27 real estate deals involving exclusively real estate projects. This year, the list includes only 14 deals, of which only eight are real estate developments.
Of last year's buyers, only DEGI, AEW Europe and Eurobank Properties continued to invest in the Romanian property market and have been involved in deals this year as well. The biggest buyer of Romanian properties in the last two years, Austrian fund Immoeast, hasn't bought anything this year, and has even announced plans to sell some of its assets in various countries, Romania included. Immoeast holds a EUR 3.4 billion portfolio of properties in Romania.
One of the biggest sellers of real estate properties this year was Greek investor Ioannis Papalekas. He sold the office and residential parts of the Upground project in two deals this year, together totaling some EUR 390 million. This was not his first sale in Romania, as Papalekas was involved in the City Mall project and in the PGV Tower office project, both in the hands of new owners.
Most of the bigger deals were signed in the first half of the year, and although analysts were expecting the market to warm up in the second half, it failed to do so. Moreover, real estate brokers say that most of the deals signed this year were negotiated last year, and that very few investors started to negotiate new acquisitions this year. Many of the negotiations in the second half of the year were frozen due to lack of financing, in some cases, say pundits.
Despite being the year when market players saw the incipient effects of the credit crunch, 2008 saw the biggest real estate deal to date in Romania. The EUR 340 million purchase of the mix of offices and residential within the Upground project by RREEF, the real estate investment arm of Deutsche Bank, a deal which was signed in the first few months of the year, is the biggest amount paid by an investor for a Romanian project. It exceeded the EUR 230 million Barbu Vacarescu project deal, and the EUR 185 million Polus Center Constanta sale.
The local real estate consultancy firms market saw two foreign investors entering though the acquisition of two local companies. CB Richard Ellis, which used to operate in Romania through a franchise, canceled the franchise agreement and entered the market directly though the acquisition of Eurisko.
The deal was followed by the French Atisreal taking over Cornerstone International, a local firm created by the team which used to run the CBRE franchise in Romania.
Land deals were not included in this year's ranking, but some of the land sales during 2008 involved high prices. Take the acquisition of an 11-hectare plot by Raiffeisen Evolution from oil and gas company Petrom, for some EUR 90 million.
Another deal was sealed when Greek developer Raptis Kavouras bought a 1.6-hectare plot in the French Village area of Bucharest from local businessman Costica Constanda, for some EUR 68 million.