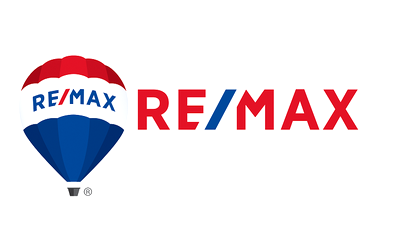 RE / MAX Romania, part of the world leader in real estate and the world’s number one franchise on this segment, last year closed over 2,500 real estate transactions worth EUR 155 million per total. For the current year, the company expects a 40 percent increase in commissions to about EUR 4.2 million.

According to the company’s centralized data, the value of commissions earned in 2018 from real estate brokerage was more than EUR 3 million, recording an increase of about 50 percent over the previous year. Also, the RE / MAX local network ended in 2018 with 42 franchised offices and 350 members, exceeding the estimates made in this respect by the end of 2017.

“We can say that 2018 was a productive year for RE / MAX, which has positively marked the development of the company at all levels, both at the level of the figures achieved and in the development of the network. Taking into account the steady upward trend of business, continued investment in education and technology, and current market trends in which we operate, we estimate this year’s 40% increase in commissions, as well as the number of franchisees and agents,” said Razvan Cuc, president of RE / MAX Romania.

Cluj-Napoca and Bucharest, the cities with the most transactions

The top of the cities with the most transactions made by RE / MAX in 2018 remain similar to the one recorded last year, with RE / MAX offices in Cluj-Napoca registering the largest number of traded properties, followed by those in the capital, due to the potential for development of those markets. The ranking is completed in 2018 by Sibiu, which is the change in the top of the cities, in 2017 the third place is found Arad.

At the same time, the largest real estate transaction within RE / MAX in 2018, i.e. the sale of an industrial space of over EUR 2.5 million, followed by the sale of a land in Cluj, which amounted to a value of almost EUR 2 million and then an industrial hall in Sibiu, of EUR 1.6 million.

Also, the rental segment has seen a positive development, the most important transaction in this respect being an industrial property in Brasov, which generated a commission of EUR 50,000. In addition, and in the residential rental area, important transactions were made, with commissions that exceeded EUR 10,000 in some cases, for example renting a historic protocol villas in Bucharest.

Regarding the type of property traded by RE / MAX offices, 81 percent were in the residential segment, 7 percent represented land transactions, the remaining 12 percent being covered by office, commercial and industrial segments. Overall, 65 percent of the transactions were sales.

Against the backdrop of last year’s results, RE / MAX is counting on a positive business performance this year, an increase of about 40 percent in all directions. So, by the end of 2019, the company expects a total commission amount of about EUR 4.2 million, a total of at least 55 franchised offices and approximately 500 members.