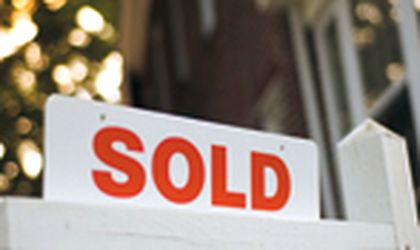 The developer has paid EUR 4,250 per sqm of land, which is the highest recorded price paid per sqm in a large land deal in Bucharest so far. The price of land in north of Bucharest for residential developments stayed between EUR 1,500 and EUR 3,000 per sqm at the end of last year, according to data from Colliers International Romania. The highest price per sqm among the top transactions last year was paid by Bluerose Ro Corporation, a company which stumped up EUR 72.9 million for Compania Industriala Grivita, a six-hectare site. The price per sqm of land exceeded EUR 1,200. The biggest land transaction last year was worth EUR 90 million, which was paid by Raiffeisen Evolution for an 11-hectare plot in Straulesti.
The compound Raptis Kavouras plans to build on the site will feature 350 apartments, which it will sell for around EUR 5,500 per sqm. Construction works should start next year and will last for three years. Costanda received the 2.8 hectares of land in the French Village area in Bucharest in exchange for a plot of land in Bordei park, where he had not received construction permits for high-rise buildings. Earlier this year, he announced plans to demolish the existing villas on the plot he had received in order to build higher housing blocks.
Corina Saceanu