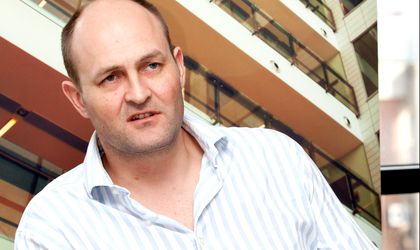 South African fund NEPI had 26 income-producing properties and two developments in Romania by the end of 2011. Its portfolio value has almost tripled from EUR 146 million in 2009 to an estimated EUR 341 million in 2011. With no budget limit, CEO Martin Slabbert and his team remain on the lookout for opportunities, he tells BR.

Do you expect to exceed Immofinanz’s portfolio, estimated at over EUR 900 million, in three years?

We have maintained an active position for quite some time now, more than two years. But our target is about profit; size is irrelevant. We are growing our business opportunistically. The only thing we are interested in is the return of equity.

Do you have an annual investment budget?

If a company like us has a budget it is probably doing very poorly. We don’t do business based on a budget and we never will. Acquiring projects is an ongoing process; sometimes we see potential in something people have done and sometimes it is just an opportunistic acquisition and someone wants to dispose of something.

What are the main criteria for selecting assets? Are you interested in the developer’s reputation, in terms of quality of construction and so on?

The sustainability of the project and its growth potential. We are developers ourselves and you will probably see more developments from us in the future. It is part of what we do. We look for the potential in a project, improve it and make a profit.

We had some products that we knew had quality problems – in terms of design, not necessarily regarding the quality of construction itself – which we fixed. From the beginning we knew that they were far from ideal, but we had a basis with which we considered we could work and generate a dominant asset in the region. For example, in Pitesti we bought an under-performing project, which was in fact very ugly and poor, which we redeveloped and opened in December 2011. We think we did a good job.

Have desperate developers come to you to sell their projects?

People come all the time, but, as usual, we don’t buy anything that we see on the market or that comes to us.

What are your development plans for 2012?

We have plans but as they change all the time we are not going to talk about them until the right moment. What is known is that we will be completing the development in Ploiesti this year, and two further acquisitions are on the verge of being finished: the City Business Center in Timisoara and Mobexpert retail box in Brasov. Those are our immediate plans. We are active and we are looking for expansion opportunities in Romania and elsewhere. NEPI’s main target is to develop a large retail portfolio in Romania and elsewhere, and we could do some transactions outside Romania soon. There is also the issue of office space, but in the end we will probably have 80 percent retail assets.

There is a trend of obtaining green building certificates for existing and future properties, as owners believe that this is a solution for gaining clients or tenants. How do you feel about this?

I think it is very naive. If you have to choose between building a green roof because it is green and building it because it is good for the building itself, you should go for the latter. I personally understand the need for cost reduction and efficiency strategies, but I don’t think green certificates will change anything. You should invest in cost efficiency regardless of whether you want a green certificate or not. We are interested in anything that will reduce running costs. If we can do something about it we will.

Has NEPI had any failures in these two years?

We could have had many potential failures if we hadn’t adapted fast. But the company and employees understood the importance of acting when everything was down. We had projects without tenants and we could have cried about this, but we didn’t. Instead, we looked for solutions and the asset turned out to be one of NEPI’s most important five assets.

In the current cycle we are just accumulating properties.

Do you have any plans to acquire a facility management company?

We manage all our projects internally, as we have found out that we manage the properties better than if they are outsourced. If we are all in the same boat and have the same objective, the quality of service gets better. When the time comes we will employ more people. Outsourcing has to be done for the right reasons.

You have EUR 156 million of interest-bearing borrowings on the long term. A normal citizen would ask you in how many years you intend to return this debt?

This question presupposes that it has to be returned, which is a little naive. We are a property company and if you look at property companies across Europe you will see that they have a lot of debt compared with their assets. We are talking about an average of 50-60 per cent. Our own is approximately half of this value, which is in fact very low. I don’t believe we will repay all these funds. We will probably refinance some of our investments and will constantly have some portion of debt in our balance sheet. You in fact share risk with the banks. This is normal in any period.

How have things worked out in the first year of listing on the Bucharest Stock Exchange?

Today the local stock exchange is undeveloped, but it can develop in time. In many, many years.

So you didn’t have great expectations?

We didn’t have any expectations and we will not have. The listing wasn’t done to raise funds, even if we had some trades at the end of last year. Attracting investors doesn’t happen overnight.

How does the local  real estate market compare with others in CEE?

The whole region is a bit slow at the moment, while Poland is the only market which is attractive – not for us, though, as it is very crowded and as things stand now I can say we would never touch it.

Romania has done much better than was expected in 2011 as the public finances are under control. I believe that there is a great future for this country, but I am probably in the small minority that thinks as so. Romania has a lot to offer, which is why we are doing the things we are doing. We really believe in this country.

What is the key to a successful business?

I believe you have to understand the environment and adjust very quickly when it changes, and then you will have success. That is all. This is what we have done in these two years, we have adapted to the market.

What is the local style of doing business?

I have an exceptionally hardworking Romanian team with 50 employees. But Romanians are humans: some are trustworthy and honest, while others are dishonest and cheat you, as in any other country. What I can say is that Romanians are more skeptical than any other businesspeople and it takes a little more to convince them. Maybe this is because of the negative past examples.