One United Properties raises EUR 51.5 million for development in the largest share capital increase of a listed company 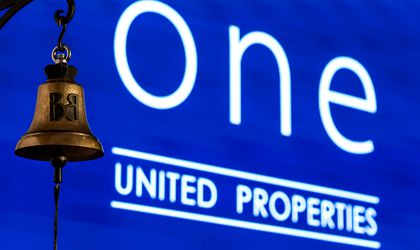 One United Properties, the leading green investor and developer of residential, mixed-use, and office real estate in Romania, announces the closing of the share capital increase operation on August 3rd, raising 51.5 million euros. The process consisted of two stages – first, where existing shareholders subscribed based on preference rights, and second, with new investors participating in a private placement. The final price per share for both stages was established at 1.25 lei.

“We are thrilled about the result of the share capital increase – the largest ever share capital increase of a listed issuer, which we successfully completed in a very challenging global context, at a pricing that is attractive both to new investors as well as to the company. We thank all our existing and new shareholders for their trust in our development plans. Our strategy for the next 12 months remains ambitious, as we target eight new transactions. These new deals will fuel our development pipeline for the next six to eight years. The Romanian real estate development sector, still significantly underdeveloped compared with European peers, continues to present excellent perspectives for the years to come, and we are now in the pole position to maximize the returns to our shareholders in the years to come,” stated Victor Căpitanu, co-CEO at One United Properties.

The capital raised will fuel the growth strategy of One United Properties, allowing the company to seize additional opportunities in the market. The new equity will be invested with priority in new residential developments located primarily in Bucharest. The company targets to invest the capital raised in ten new developments. The first agreements, for two locations based in Bucharest, were already signed in July 2022. The developments that will be built on those plots are One City Club, located in sector 2 of Bucharest, which will host approximately 200 apartments organized in a low-rise community, as well as One Herastrau City, located in sector 1 of Bucharest, where One United Properties plans to build 900 apartments arranged in seven high-rise towers. The agreements for the remaining eight new developments are expected to be signed over the next 12 months.

As of May 31st, 2022, One United Properties pre-sold 84% of the units available in the following developments, which are due between 2022 and 2023: One Floreasca Vista, One Timpuri Noi, One Verdi Park, One Modrogan, One Peninsula and One Cotroceni Park. Consequently, as of May 31st, 2022, the company is due to receive from the clients over the next 18 months, 163.6 million euro. On August 22nd, 2022, One United Properties will report the financial results for the first half of 2022, including updated sales numbers for the first semester of the year.