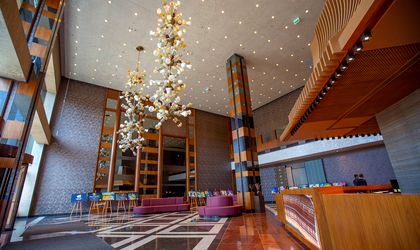 The Romanian real estate scene is due to change by the last quarter of 2020 when United Business Center 0 (UBC 0), the tallest office building in Romania, developed by IULIUS and Atterbury Europe, will deliver 52,000 sqm of class A offices. As part of the Iulius Town Timisoara mixed project, UBC 0 will consolidate the business pole created in the western part of Romania.

First, UBC 0 will be the image of a record, soaring 155 meters into the sky – 27 floors – and having an impressive figure and architectural design. It will definitely be a mark for the city of Timisoara, both from an urban and a premium office perspective. “Saying that UBC 0 will be one of the symbols of this city and a reason of pride is not an overstatement. Along with the three other office buildings which are already operational, UBC 0 will create a business district of over 100,000 sqm, which will contribute significantly to the economic development of the entire region, creating 13,000 jobs and attracting new investors,” says Laurentiu Manea, Office Buildings Manager, Iulius Town Timisoara. The uniqueness of UBC 0 comes from its complexity and size. It brings a new perspective on the market in terms of what office buildings can offer now. It is thought to optimise comfort while implementing an innovative concept, developed upright. “Office, retail, medical hub, events centre – all of them integrated upright. This, in short, is what UBC 0 means. Large areas on each floor, of up to 2,000 sqm, open spaces without interior columns, state-of-the-art equipment and the latest technologies along with effective energy solutions are some of the main features of this building,” he adds. 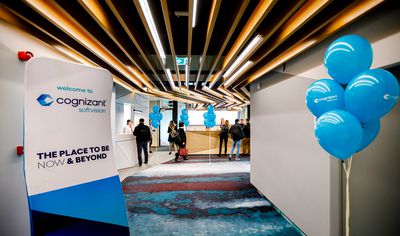 But beyond its technical features, its spectacular view over the city, regardless of the angle because of its 100 percent glass façade, is what differentiates UBC 0 from the crowd. Plus, this means that employees who will work here will benefit from more natural light throughout the day. “UBC 0 is not just an office building. It is a project that eases the lives of those who will work here because it offers both indoor and outdoor services and facilities that allow more effective time management,” says Manea.

Both the underground floor and the ground floor will be dedicated to shops and themed restaurants, while the first floor will feature seven conference and corporate event rooms which can host anything from small trainings for up to 45 participants to summits of over 220 attendees. The medical hub is another unique feature of the building. Unfolded on more than 3,000 sqm on two floors, the medical hub will be the largest in the western part of Romania, offering complete diagnostics and treatment services on many medical specialties. Last but not least, UBC 0 will be a green building combining two features: it is designed and built so as to be in line with the highest international sustainability standards and offers a view towards Iulius Gardens, the park located in the heart of Iulius Town.

“In addition, like the other buildings in the project, UBC 0 will be equipped with showers and dressing rooms for employees who use alternative transportation means to get to work. Plus, the entire project provides over 800 parking places for bikes,” Manea added.

A CHOICE FOR EVERYONE

According to Manea, UBC 0 is highly attractive for potential tenants for at least two reasons. First, being located in the tallest office building in Romania is a business card per se. Second, its large, flexible and adaptable spaces represent a strength for pragmatic investors. Corporate partners of Iulius who have plans to develop locally, along with companies which aim to combine all of their operations in a single building and thus need a larger head office are among the companies which have already requested office spaces in UBC 0. Last but not least, multinationals aiming to open their head offices in Timisoara are also potential tenants for UBC 0.

“If we refer to sectors, the highest demand for offices in UBC 0 comes from IT, automotive and customer support. Yet, because UBC 0 also includes other functions, companies providing healthcare, services and restaurants are present too,” says Manea.

PLENTY OF BENEFITS FOR EMPLOYEES

In a world dominated by speed, time becomes the most valuable resource at one’s disposal. Having this in mind, the developer of Iulius Town Timisoara designed it as a mixed-use project, the first of its kind in the western part of Romania, combining the office, retail and entertainment functions in an integrated and complementary way. “Hence, those who work in these office buildings manage to save valuable resources and find a work-life balance, a challenge for the current generations of employees,” he says. This is possible thanks to their access to the largest retail area outside Bucharest, with 120,000 sqm and 450 shops, a wide range of services, including public ones, plenty of dining options – both at the food court and at restaurants and cafeterias included in the project which have implemented “business lunch” menus.

“In addition, UBC employees benefit from a special fidelity program which allows them to get discounts of up to 30 percent in locations in the retail area,” add the representative of Iulius.  According to him, the presence in the project of the first English-language kindergarten in Timisoara which uses the British curricula, as well as the presence of a primary school, are major benefits for employees. The offer will be completed soon with the largest fitness centre in Romania and a semi-Olympic pool. In addition, the project will have an extended multiplex cinema with 12 theatres where the VIP cinema concept with dinner and movies in an all-inclusive system will be implemented for the first time outside Bucharest.

“All in all, UBC 0 brings a significant added value on the market, both for companies which have the chance to find offices at similar standards as in western countries as well as for the employees, who have access to all these facilities and benefits. To put it simply, Iulius Town –an investment of over EUR 442 million by IULIUS and Atterbury Europe companies – is the place to be,” conclude Manea.