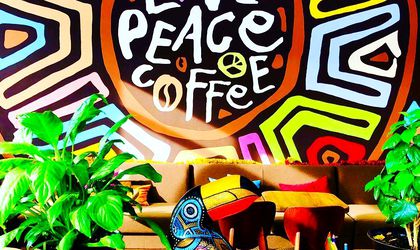 The first phase of development of the Openville Timişoara project, which will be completed in the fourth quarter of this year, will include new concepts of shopping and entertainment. The largest mixed-use development in the region will complete the current offer of Iulius Mall Timişoara with new stores, a new concept of cinema, a variety of leisure destinations, as well as restaurants and themed cafés. The latter category will also include Tucano Coffee.

The location in the Openville project will comprise an ample 175 sqm area and will be located in the new expansion wing of the current shopping mall. The works for the 47,000 sqm of additional retail premises started in December 2017. By the end of the year, the Tucano Coffee brand intends to open three more locations in Bucharest, another one in Arad and Timișoara, and its first locations in Oradea and Iași. the plan through 2020 entails the opening of 300 creative coffee shops all over the world.

The brand philosophy is: Love. Peace. Coffee. The locations are a harmonious blend of the culture indigenous peoples in Latin America and the culture of specialty coffee in California, a mix that reflects not only in the menu, but also in the distinctive interior design. Each coffee shop is named and decorated in the specific style of a coffee producing country that also has an interesting culture.

The colors, warm light, wood, handmade accessories, photographs of expressive faces hanging on the walls, and the books – all these are meant to inspire peacefulness.

Tucano Coffee promotes the culture of Specialty Arabica coffee, of the highest quality. The coffee is prepared by the finest baristas, using beans roasted in our own factories so as to preserve its aromas and freshness. The brand also champions alternative coffee brewing methods. In addition to this, the basic specialties at Tucano Coffee are the cheesecakes made in their own laboratory, using natural ingredients, with no preservatives, food colorings or additives. The menu includes more than 30 unique, branded recipes, along with a variety of salty savory tarts, wraps, bagels and other delicacies. 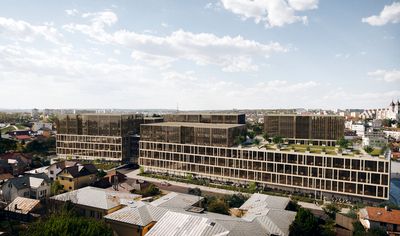 The first phase of development of the largest mixed-use project in the west of Romania is scheduled for completion in the fourth quarter of this year and it will include: the new retail premises, 50,000 sqm of office premises in operation (three buildings) and 52,000 sqm under construction (one building), a park, a traffic underpass, and more than 1,500 new parking spaces. After the two office buildings completed in 2017, in Openville works are currently underway for another two buildings. UBC 3 has a leasable area of 19,000 sqm and will be completed this year. UBC 0 will comprise 52,000 sqm of office spaces and will be the tallest office building in Romania (155 meters, 27 floors). The works started in April 2018 and the completion is estimated for the last quarter of next year.

The Openville mixed-use project is developed by the IULIUS and Atterbury Europe companies, adding up to an estimated investment upwards of € 220 million.