The new age of office development in Romania: Developers focus on urban regeneration, quality of life 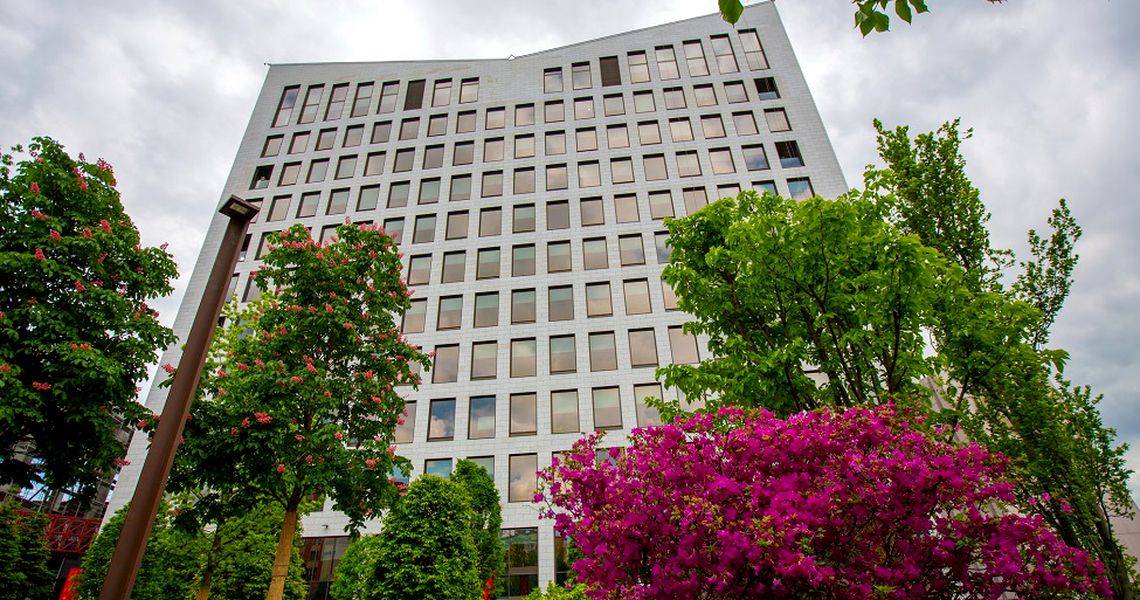 Office development in Romania is adapting to the preferences of new generations of employees and changing the very idea of its offer. Developers now design projects for complex living, providing good quality of life and urban regeneration rather than just work premises.

This change in office concepts can already be seen in Romania, where office buildings are now being replaced with more evolved concepts.

The first such mixed-use project is Palas Iasi, which was opened in 2012 and is now considered a landmark for Romania.

But another major project is close to opening on the opposite side of Romania, in Timisoara.  “Iulius Town is the first mixed-use project in the west of Romania and we have developed it around Iulius Mall, which has been part of Timisoara’s life since 2005. Iulius Mall is an anchor for this larger project, a EUR 220 million investment – the largest investment in a project of this kind in west Romania – combining impressive office and retail components,” says Laurentiu Manea, office buildings manager Iulius Town Timisoara. Iulius Town is located in one of Romania’s most dynamic secondary cities, and this project may set new standards for office developers across Romania. “We are very confident that this is the case. It is in our power to come up with urban regeneration projects such as this one, projects that don’t just add quality to people’s lives, but also generate business and progress,” says Manea. This is the group’s second mixed-use project after Palas Iasi, but it was the first one it developed along with an international partner, Atterbury Europe.

“City within the city” concept 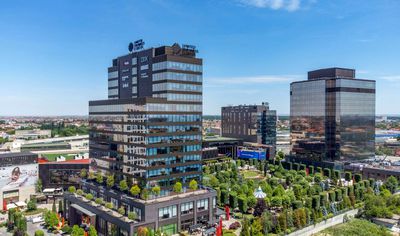 Seven years since its opening, Palas has been confirmed as a winning bet for its developer. “With the six office buildings downtown, Palas has consolidated a regional business hub, enabling the development of the IT industry well beyond Iasi. Palas is a catalyst for the labour force in Iasi, and the figures speak for themselves: from 2012 (the opening year) and to this date, the number of people working in the offices went from 900 to more than 7,500, through the presence of more than 50 companies,” according to the Iulius Town Timisoara representative.

Now, the group is investing the same energy, resources and know-how in Timisoara and considers Iulius Town to be its most relevant project: “the city within a city, tailored to the real needs of its residents. “This new type of development focuses more on people’s needs – and quality of life is now the main target of a project. Speaking of standards, our class A offices provide all the comfort employees need – wide, open spaces full of natural light, amazing views overlooking the city and surrounding areas, as well as state-of-the-art facilities and services,” says Manea.

For a large city like Timisoara, these kinds of projects could boost its status in the region and offer new opportunities for development. “As with Palas Iasi, the four office buildings comprised in the first phase of development of Iulius Town will consolidate Timisoara’s business centre, a necessary feature for a city of this magnitude. To this date, Timisoara has not had a business district that could measure up to its potential, and the 100,000 sqm of offices in the Iulius Town project fill this gap organically,” according to Manea. Experts point out that an office project should address all the selection criteria considered by future tenant companies, which focus on the benefits their employees can enjoy in the workplace. “Our buildings are the only ones in Timisoara to be integrated into a mixed-use project and the only ones that are in close proximity to dozens of useful services, for both during and after office hours: food court, restaurants, cafés, fitness center, swimming pool, 450 stores, 12 multiplex cinema auditoriums, kindergarten taught in English, medical practices, events center, park, and more than 4,000 parking spaces,” says the Iulius Town Timisoara representative.

Following years of rapid economic growth, developers now believe that a big city like Timisoara is ready for this type of major office development as many companies have expanded their business in the region – one of the most developed in Romania.

“Speaking of figures, Iulius Town has already become a regional business hub, generating new investments and jobs. The first three completed office buildings have a total surface of 50,000 sqm, are fully operational and accommodate more than 20 tenant companies and over 3,300 employees,” says Manea. Timisoara is considered to be the most developed city outside the capital, with a major growth potential. It ranks among the top Romanian cities in terms of living standards, it has a solid infrastructure, a university system that is recognized nation-wide and that provides solid language skills.

“This is a very attractive city for workers from other cities, including those from the south of Romania, as this manpower chooses to work and live here. Most importantly, it has a stellar reputation for its pool of talent in the automotive field, having numerous senior specialists with research and development skills. This is definitely one of the best places to be in,” he adds.

The tallest office building in Romania

Due to the rapidly expanding business community in Timisoara, the office component of Iulius Town is very well represented, being comprised of four United Business Center (UBC) buildings.

“UBC 1, 2 & 3 are completed and functional, and we are now working on the ‘star’ of our office compound, UBC 0, which will be the tallest building in Romania, standing at a height of 155 m,” says Manea.

“Why go for such a tall building in Timisoara instead of Bucharest, where there is a much larger market?” many would ask.

“Simply because we are developing this project in Timisoara. We also considered the ever-increasing demand for space coming from the business sector. Obviously, Bucharest has its giants, but judging by Timisoara’s potential, we certainly have reasons to aim as high as possible,” says Manea. But other details are also important in attracting tenants’ interest. UBC 0 will provide office premises on a leasable area of 52,000 sqm, on 27 floors. This means that the people working here will enjoy generous, column-free spaces adding up to 2,000 sqm per floor and high levels of natural lighting, ultramodern amenities and technologies, and energy-efficient solutions.

The top floors will be partitioned into 150-200 sqm areas that can be leased by law firms, consulting companies or various service providers. “UBC 0 will combine modern office spaces with retail and services. At the ground floor there will be top stores and themed restaurants, while the first floor will accommodate a corporate events centre with seven halls. Two floors will be transformed into a medical hub which will offer complete diagnosis and treatment services for multiple medical specialties,” says Manea. Mirroring the fastest growing-sectors in the country, Iulius Town’s clients are mainly from the IT, automotive and BPO industries.