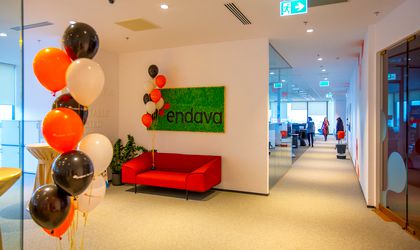 Endava, one of the fastest growing IT services companies in Europe, has opened a new software development center in the United Business Center 3 (UBC 3) office building in Iulius Town Timisoara. The office is temporary, as the company has signed a partnership to lease more than 2,100 sqm in UBC 0, the tallest office building in Romania, currently under construction in the same mixed-use project.

Endava has been present in Timisoara since 2018, and its development center currently located in the UBC 3 building accommodates 100-plus employees.

“When we started our activity in Timisoara back in 2018, we were a team of five people eager to build and develop a community that was keen on technology and innovation, not just a business. Now, one year later, there are more than 100 of us: architects, programmers, testers, system analysts and administrators, business and project managers. We want to continue the development process for Endava Timisoara with the same passion and dedication as in the beginning,” said Iulian Tatarcan, Manager of the Endava center in Timisoara.

In line with its plan to consolidate its local operations, Endava leased premises upwards of 2,100 sqm in the UBC 0, the tallest office building in Romania, which will open in the last quarter of 2020.

Standing at a height of 155 meters and spanning on 27 floors, the class A office building in Iulius Town Timisoara will be a landmark for the national office building market. 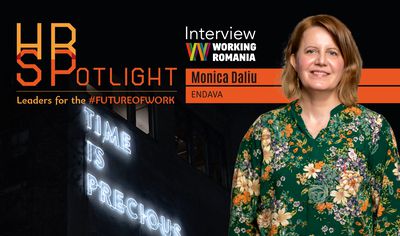 “Our new partnership with Endava is the segue of a long-standing and reliable collaboration between IULIUS company and the software developer. The British multinational is also present in the office projects in the Palas Iasi project and in the proximity of Iulius Mall Cluj, with total leased premises upwards of 15,000 sqm. Endava’s choice to develop its center in the west of Romania in Iulius Town Timisoara attests to the high standards and state-of-the-art amenities offered by the UBC office buildings, as well as the advantages provided by their development as part of mixed-use projects,” said Laurentiu Manea, Office Buildings Manager of Iulius Town Timisoara.

Endava is one of the top five software companies in Romania based on the turnover registered in 2018 (RON 501.8 million), and the development center in Timisoara is the seventh in the country, after those in Cluj-Napoca, Iasi, Targu-Mures, Bucharest, Pitesti and Brasov.

“Adding the Timisoara center is primarily due to the high potential of the IT industry in this city, the culture of people living here, which are in line with Endava’s values, as well as to the active academic environment with a long-standing tradition in Science, Technology, Engineering and Mathematics. We have ambitious plans for growing in this location and wish to provide the people joining us with development opportunities, both via the attractive projects we want to bring in this location and by implementing practices that have consolidated over time in our well-established Endava centers, such as the one in Cluj-Napoca. Moreover, we want to support the various technology, education and culture-adjacent communities in Timisoara and to create a positive impact around us,” stated Isabela Buhai, Regional Manager for the north-west region of Central and Eastern Europe.

Endava’s engagement in the local IT community is also achieved via the Tech Flow series of events, which had its first edition on the 12th of November 2019 at the Congress Hall events center in Iulius Town Timisoara. Tackling the theme “The Future Is Cloud”, the technical event brought together more than 200 specialists who discussed about the future of Cloud type platforms and shared their experience. The speakers for this edition were Magnus Mårtenson, CEO of Loftysoft, Azure MVP, MICROSOFT Regional Director, Mihai Sava, Senior DevOps Engineer at Endava, and Mihai Stângaciu, Software Development Lead at Endava.