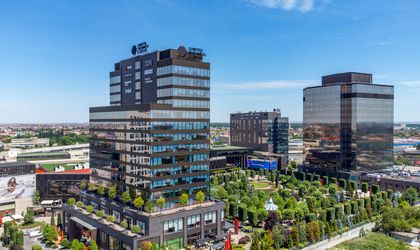 Annual demand for office spaces has officially surged back to pre-pandemic levels, as the second quarter of 2022 saw the best performance for modern offices since Q4 2019. Even so, there are still plenty of challenges on the horizon, according to Colliers experts.

New demand reached 73,500 square metres in the first half of 2022, up by 94 percent compared to last year, while total demand for modern office space stood at over 130,000 square metres, which is also above last year’s first semester, though by a less impressive 16 percent. Colliers consultants note that the sharp acceleration in new demand is fuelled by the fact that many companies that were on the sidelines for most of the pandemic period are now finally making a move as they feel they have more clarity. The most notable additions in the first half of the year were River Developments’ Oslo and London buildings, part of the Sema Parc project (31,500 sqm), Forte Partners’ Tandem (21,000 sqm), and the first building in Atenor’s @Expo project (21,000 sqm). For the second half of the year, Colliers consultants are expecting a similar figure for new stock.

“Taken together with a somewhat light calendar of new buildings due for delivery in the next few years, the office scene is starting to feel landlord-driven in certain submarkets. That said, we still need to underscore the fact that at least several large tenants that leased large surfaces before the pandemic are still trying to sublease part of their offices on account of adjusting their strategy. Also, the divergence between total demand and new demand, where one is expanding nicely and the other is growing exponentially, is probably one of the more interesting trends of the recent period and it shows that the number of companies reducing their office presence amid hybrid work was overstated for 2021-2022. However, the hybrid work transformation is happening as we speak, hence some companies might soon make the decisions they’ve been postponing, so there is still some room for negative surprises in terms of occupancy. Some caution is also warranted given the current context of heightened economic uncertainty globally,” explains Victor Cosconel, Head of Leasing for Office & Industrial Agencies at Colliers. 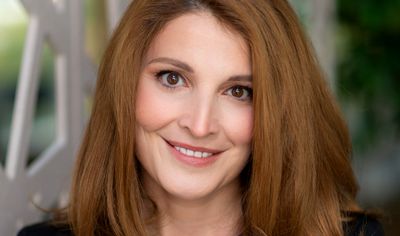 The decline of the vacancy rate from 16.5 percent at the end of last year to 15.25 percent in mid-2022 is another indicator of the market being in recovery mode, but even more impressive is the fact that vacancy for good buildings is much lower than this; on average, the rate for good buildings in good locations drops to 10 percent. Furthermore, occupancy has increased in most large office markets, with some now seeing vacancy rates firmly in single-digit territory.

Colliers consultants note that upward pressures on rents are clearly emerging, and headline rents for new office buildings that are yet to be delivered—over the next couple of years—are climbing steadily. Meanwhile, rents for older, albeit good office buildings, remain flat when the leasing deal is up for renewal. The latter would not have been common practice a few years ago, when landlords would try to woo tenants with more attractive terms.

“Based solely on our pipeline of leasing deals and knowledge of the market, it looks like office leasing activity could return to pre-pandemic peak levels within two years if the trend holds and no radical decisions are taken by the largest tenants, a few years sooner than we would have normally anticipated. Taken together with a less than robust deliveries calendar, with around 120,000 square metres of new offices expected per year between 2022 and 2024, we would expect a generalisation of upward pressures on rents for good buildings in the coming quarters. Inflation is also an argument for higher rents. Overall, based on this strong demand, vacancy could drop towards single-digit territory within two years, from over 16 percent at the end of 2021. Vacancy for good offices is likely in neutral market territory, as it’s no longer a tenants’ market,” Cosconel says.

Colliers consultants also highlight two major interlinked themes that have been emerging in the post-pandemic period. One is the reorganisation of office space to be better aligned with a hybrid work model, which most companies seem to be leaning towards, while the other relates to getting employees back to the office, as it is now rare for companies to have more than 40-50 percent of employees in the office on a normal day. Long commuting times are a major factor in employees deciding to stay away from the office, and Colliers analysts believe this could strengthen the case for developers to look into delivering projects in residential areas.

Colliers responds to current challenges and future needs on the office market with Office 360°, its complete approach of the office with all its touchpoints, carried out in a unique and highly complex process that is tailored to the very last detail to fit companies’ needs and strategies. The firm’s approach to cost control at each stage of the office transformation delivers additional savings, often in excess of 10-15 percent when compared to the values usually obtained from contractors during negotiations in the tender stage.

Overall, 2022 has been a good year for the local office scene, and the best may be yet to come if momentum is maintained, but Colliers experts retain a cautiously optimistic approach amid the significant global economic risks. Going further, they see the undersupply of modern offices in Bucharest as an insulating factor over the longer term and they expect the modern office stock to start growing again in a few years. Consequently, it could exceed 4 million square metres by the end of the new decade, and might even close in on the 5 million milestone if no other crisis shows up on the radar.

The biggest loan taken out by a developer was announced last month when Iulius Company, the only developer and operator of mixed-use urban regeneration projects in Romania, together with partners Atterbury Europe, signed a EUR 410 million financing agreement for the nationwide network of Iulius Mall regional shopping centers in Iasi, Cluj-Napoca, Suceava, and Timisoara. The loan supports the developer’s long-term investment plans of consolidating its projects’ regional market leader status in the retail and entertainment segments.

“This is a landmark transaction for the Romanian real estate market by virtue of its volume and characteristics, which offer a viable alternative to the capital market. On the one hand, it certifies the financing parties’ confidence in IULIUS Company’s projects, which have grown into sustainable and well-recognised regional centres of attraction in terms of shopping, business, and leisure. On the other hand, it certifies our loyalty to—and trust in—banks as business partners, which are essential values in our organisation. The new loan is geared towards implementing the corporate goals in the company’s development strategy,” said Marius Persenea, Chief Operating Officer at IULIUS.

As of 2017, the Iulius Mall regional shopping mall network in Iasi, Suceava, Cluj-Napoca, and Timisoara (a key part of the Iulius Town Timisoara mixed-use project) is owned by companies IULIUS and Atterbury Europe in a 50-50 joint venture partnership.