Cushman & Wakefield Echinox: Bucharest office market continues to develop, with a slight return in demand in the third quarter 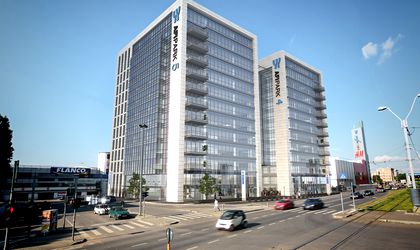 The office market in Bucharest continues to grow, in the first nine months of the year being delivered new spaces with a total area of ​​124,000 square meters, while developers have in various phases of construction buildings with a cumulative area of ​​388,000 square meters, according to real estate consulting company Cushman & Wakefield Echinox.

The commercial stock (for leasing) of office buildings in Bucharest reaches about 2.9 million square meters, other buildings with an area of ​​around 150,000 square meters being occupied by the owners.

At the same time, demand in the first three quarters amounted to 160,000 square meters, 43% decrease compared to the same period of last year, with transactional activity being dominated by lease renewal and renegotiation contracts, which accounted for almost 46% of request. While the second quarter, under the impact of the restrictions imposed by Covid-19 pandemic, was one of the weakest for the Bucharest office market in the last decade, with a traded volume of only 44,500 square meters, demand showed week signs of return in the third quarter, when the traded volume amounted to 63,600 sqm.

In this context, the vacancy (contractual) rate of the office spaces is 10.8%, with a significant difference between class A (8.2%) and class B (18.2%) office spaces. On the other hand, the use of offices is about 40-50% of the usual level before the outbreak of the pandemic, given that the vast majority of companies continue to operate in Work from Home or hybrid system.

“In the short term, we expect an increase in the vacancy rate, given that a series of large occupants have started sub-leasing processes of areas considered extra. The market continues to grow out of some inertia, given that most projects under construction were started before the pandemic, but in the medium and long term we believe that the bet on the office market will prove to be a winner, with recent studies showing that employees are not willing to give up working from the office and work exclusively from home”, Mădălina Cojocaru, Partner Office Agency, Cushman & Wakefield Echinox.

The most important office projects under construction are One Cotroceni Park, J8 Office Park, Globalworth Square, U Center, One Tower, Miro Offices, Țiriac Tower, Dacia One, Millo Offices, @Expo or Sema London & Oslo, for one among these spaces under construction, the developers have signed pre-lease contracts with various tenants.

Map of the most important office projects under construction in Bucharest