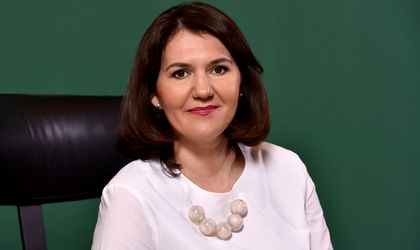 According to the “Romania Office Destinations” report, conducted by the research department at CBRE Romania, at the end of the third quarter of 2019, Bucharest reached a total area of 3.16 million square meters of modern office spaces, in the context of a total population of 2.1 million and an unemployment rate of 1.3%.

Hosting 32 universities, both public and private, Bucharest produces over 170,000 graduates each year, contributing to the city’s appeal as a destination for companies looking to extend their presence in Romania.

“Bucharest remains the first option for companies considering the opportunity of extending their operations in our country. Even at this moment, we are discussing with several potential renters interested to enter Romania, and who are planning to recruit approximately 2,000 individuals, which means a total office area of almost 20,000 square meters.” Says Alina Calciu, Head of Advisory & Transaction Services, Occupier at CBRE Romania. “At the same time, regional cities remain attractive for companies whit a consolidate presence in Bucharest, who need to extend even further. We notice an increased appetite for already established destinations such as Cluj-Napoca, Timișoara, or Iași, but also for newer markets such as Brașov, Craiova, or Sibiu.” She adds.

In Timișoara, the modern office area was estimated at the end of Q3 2019 at about 250,000 square meters, with another 110,000 square meters planned for the end of 2019 and 2020. Timișoara’s population exceeded 700,000 people, while the unemployment rate is under 1%. With 7 public and private universities, Timișoara delivers over 41,000 graduates yearly.

In Cluj-Napoca, the modern office area already surpassed the 200,000 square meters mark, with another 23,000 square meters planned for 2020. The city has almost 730,000 inhabitants and an unemployment rate of 1.2%. 70,000 graduates complete their studies each year in the city’s 9 public and private universities.

“Growing interest in the big university centers is reflected more and more in property values. If in Bucharest rent prices remain stable, at around EUR 18.5 per square meter, in Cluj-Napoca rents have already reached EUR 15 per square meter, while in Timișoara and Iași prices are oscillating around the EUR 14 per square meter level.” Adds Daniela Boca, Head of Research, CBRE România, the coordinator of the “Romania Office Destinations” report.

Bogdan Petkovic: The potential for digitisation in the construction industry is huge