New trends in Timisoara office market: medium-sized companies relocate from class B to class A offices 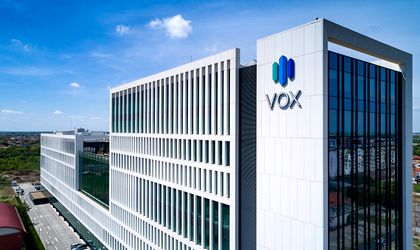 The office market in Timisoara witnesses a new trend: the relocation of companies from class B spaces to class A and the increase in attractiveness of modern office projects for firms with less than 50 employees.

Thus, Vox Technology Park office project leased 1,600 square meters to several IT, technology and service companies, all deals have been closed in 2019.

”As the office market in Timisoara continued to develop and the modern office stock increased significantly, more and more small and medium sized companies discover the benefits of doing business in a modern office project with multiple facilities and that offers the opportunity of working in a space where there are also other companies from the same field, thus encouraging innovation and personal development”, stated Vlad Vela, general manager of Vox Property Group, the developer of Vox Technology Park.

The relocation into o modern office building is also a method of staff retention in the context in which the unemployment rate in Timisoara dropped below 1 percent. Thus, meal tickets are the simplest incentive for employees, medical and fitness subscriptions, flexible working hours or different facilities existent at the office being other options for employee retention.

”Moving your offices to a modern building is a decision with a small cost that will make the employees happier. The additional cost between leasing a Class B office space and a Class A office is about EUR 3 for employee, which translates into RON 150 per month for every employee, less than a 5 percent increase for an medium wage in Timisoara,” added Vlad Vela.

Vox Technology Park has a leasable area of 26,600 square meters and was delivered after an investment of over EUR 30 million. The projects offer unique facilities, such as the possibility of biometric identification through an app that generates a QR code after facial or fingerprint recognition, and competitive advantages for employees, such as dedicated spaces and showers for cyclists, food court, gym, commercial and service spaces. The project also received recently the final BREEAM green certification with Excellent rating and an overall score of 86.7 percent, the highest ever obtained by a real estate project in Romania.

Vox Property Group also started, at the end of 2018, the developing of Vox Vertical Village residential project, located in the near vicinity of the office project. Vox Vertical Village represents a premiere concept on the Romanian market, being the first ‘vertical village’ developed on the local market. The project is due to be delivered at the end of 2019 after an investment of EUR 14 million. Over 1,000 trees and plants are to be planted on the terraces and interior spaces within the project.

The project will offer to the future buyers a series of facilities, such as a generous atrium, an exterior pool, reception, cinema and a fully equipped gym. The general construction manager of the project is PORR Construct, one of the biggest construction companies active in Romania.