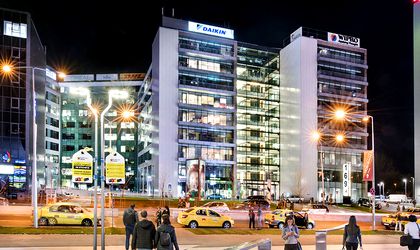 NEPI Rockcastle Group (“NEPI Rockcastle”) announces that the negotiations with AFI Europe regarding the disposal of the Class A office buildings in the Romanian portfolio, Floreasca Business Park, Lakeview and Aviatorilor 8 in Bucharest and City Business Center in Timisoara, with a total leasable area of 118,500 square meters, have been successfully concluded. The total transaction value amounts to €307 million with a cash price of €290 million after specific adjustments.

The transaction between NEPI Rockcastle and AFI Europe that was agreed at the end of 2019 and interrupted in the current context of the COVID19 pandemic, has been successfully concluded on 6 August 2020. Thus, NEPI Rockcastle finalizes the agreement with AFI Europe for the 4 class A office buildings in Romania. In accordance with the provisions of the new agreement, the takeover of the office portfolio by AFI is scheduled to be completed by December this year, with the completion date to be set by the purchaser.

AFI Europe has paid NEPI Rockcastle a cash advance of €15 million, as guarantee for finalising the completion. As a result of this process, the parties have also settled the arbitration initiated as a result of the interruption of the previous transaction.

In total, the four projects of Class A office buildings – Floreasca 169, The Lakeview, Aviatorilor 8 and City Business Center, include 8 buildings located in Bucharest and Timisoara, with a combined area of over 118,500 square meters.

The transaction was assisted by Herbert Smith Freehils on issues related to English law, while Reff & Associates and Deloitte Legal provided advice on legal issues in Romania. Colliers International was the seller’s consultant and provided additional support to NEPI Rockcastle and its subsidiaries.