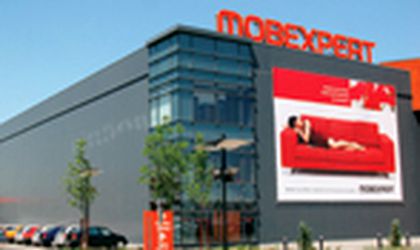 “This is one of the measures we have been planning since September last year, to maintain the current sale prices in a tough business background characterized by the financial crisis, unfavorable exchange rate and rising costs of utilities and raw materials,” said Sucu, president of the group.
The new Logistic Center Bucharest (CLB), to be built alongside the Bucharest-Pitesti railway line, will deliver a built area of 24,000 km from a total area of 62,500 km, in four independent constructions. Works are estimated to be completed at the end of May, and the center will become functional in July. Through this new center, Mobexpert will import both home and office furniture.
At the moment, the group runs two other logistics centers in Tunari, Bucharest, which have operated since 2005 and which will become production centers once the new center is completed. The firm's second logistic unit, in Targu Mures, has been open since 2008.
The Mobexpert group runs two divisions: Mobexpert hyper shops, selling home furniture, and Mobexpert Office, for office furniture. The group has a retail network of 34 points of sale.
Abroad, the home division opened a hyper shop in Sofia in September 2007, while Mobexpert Office has shops in Sofia and Belgrade. At end-2007, the group posted an overall turnover of EUR 168 million.
Magda Purice