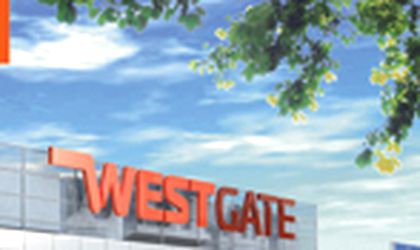 The first of the shopping centers, which is already under construction, will be located in the Militari area of Bucharest and will expand Meinl's existing retail park in the area. The investment will reach EUR 70 million. The project will include a shopping mall of some 49,500 sqm of leasable area, of which 90 percent has already been leased out.
French retailer of sports article s Decathlon will open a first store in Romania of 5,000 sqm, while Auchan will open its second hypermarket in Bucharest. The fist phase of the project will be ready in November this year, while the second, in March next year.
A second shopping center, called Westgate, will be built in Arad, in the western part of the city, following an investment of EUR 180 million. It will feature some 9,000 sqm of leasable area, which will be built on 20 hectares of land owned by Krammer & Wagner.
The Austrian company also owns the 6.7 hectares of land in Constanta on which it will build the EUR 130 million Seaside Shopping project, with some 53,000 sqm of leasable area.
The developers have already leased 25 percent of the projects in Arad and Constanta and have agreed to terms for additional 15 to 20 percent of the projects.
Meinl European Land will finance the project using entirely its own equity, and will not revert to banking loans, as it was not hit by the international finance distress, said Bonk.
Krammer & Wagner plans to continue the development of shopping centers in Romania, in partnership with investors, at a pace of three – four shopping centers per year, and is currently negotiating for projects in other cities as well, according to Heribert Krammer, managing director of the company.
Meinl had initially planned to build nine shopping centers in Romania at an investment of EUR 700 million, but plans are being revised. However portions of the land for future projects have already been secured.
For its future project in Focsani, the investor will work with Austrian developer Real4You. The Austrian company is building with Oasis a shopping mall in Bucharest on the premises of the former Electroaparataj site.
Corina Saceanu