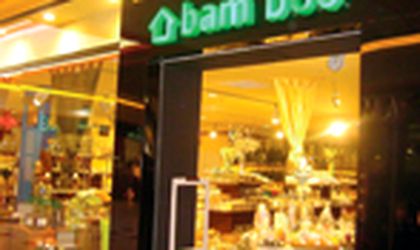 Retailers have been reporting increasing profits, which allow them to expand countrywide. This year, many Romanian cities will be introduced to malls for the first time, and to retail brands already present elsewhere in the country. Other cities will witness more than one mall opening and consequently the competition between mall developers will bring new retailers onto the Romanian market.
In view of the expected oversupply of malls in the next couple of years, choosing the tenant mix is not an easy job for developers.
“The popularity of a brand, the proposed concept, like the store's area, the products offered, the target customers – all these are as important in the choice of a tenant as financial details are,” says Monica Barbu, head of the retail division at Colliers International in Romania.
Brand awareness is what makes the retailer-developer approach go both ways. “Our brand [Gloria Jean's Coffees] awareness is now high enough that we are approached by all developers of commercial centers,” Radu Marinescu, general manager of Gourmet, the company which owns the master franchise for Gloria Jean's Coffees in Romania. Marinescu prefers mall locations and would open branch in all the big cities in Romania, but expansion depends on franchisees for the respective cities. A new Gloria Jean's Coffees unit will soon open in Baneasa Shopping City.

Developers bring new brands to increase traffic, existing ones fight back
New entrants and aspiring retailers have set aggressive expansion strategies, while successful existing retailers continue to be interested in new projects, sometimes only in order to prevent competitors from gaining too much of the market, says Barbu of Colliers.
With Romania now an interesting market to foreign players, retailers face little difficulty in attracting new brands. International fairs like the MIPIM and MAPIC in Cannes are good places for developers to display their projects and bring in new players, and Romania's presence has increased at such fairs recently.
The country is already among the top destinations for international retailers planning to expand. Placed seventh out of 20 target countries in a league table by Cushman & Wakefield, Romania's high number of planned commercial centers attracts international retailers, as it offers the possibility of expansion soon after market entry. Marks & Spencer, IKEA, Carrefour, Wal-Mart, Zara, H&M and Gap are some of retailers with the most ambitious expansion plans. Gap will soon enter the local market, as the Greek Marinopoulos Group has signed a franchise with Gap Inc. to expand the brand in several CEE countries, Romania included.
Each mall developer is trying to bring as many new brands as possible to attract customers. Baneasa Shopping City, which will be opened this March in Bucharest, has managed to fill more than half its space with new brands. The mall will be anchored mainly by fashion stores, as it is part of a larger retail development already including a FMCG operator, Carrefour Feeria. Peek & Clopenburg, Massimo Dutti, Bershka, Stradivarius, Zara Home and Oysho are some of the new names who will take their place in the Baneasa mall. Bershka, Stradivarius and Oysho will only be new to Bucharest customers, as the three brands have already been introduced in the Polus Center Cluj-Napoca, which opened last year.
German clothing retailer New Yorker has recently announced plans to open stores in Bucharest, Cluj-Napoca and Sibiu, targeting mall locations. Its plans are to open six stores in Romania. Clothing retailers Hervis Sports and Takko have also disclosed plans to open stores in Romania.
Some retailers are signing contracts to open the first units in the country in a certain location, but in the meantime they also open in another location. “There are cases where a retailer opens its first store in Romania as part of a Galleria project, but there are also cases where we have signed a contract with a retailer with no store in Romania at the time, but which has opened one in the meantime,” says Raluca Teposu, marketing manager of GTC, developer of the Galleria mall chain. She says the new retailers cover around 20 percent of the Romanian market.

Hypermarkets, furniture, fashion and home appliances expand as anchors
Developers have recently started to choose hypermarkets over supermarkets to anchor their malls. Hypermarkets have gone from standalone branches or units with commercial gallerias to anchoring shopping centers. Carrefour has recently signed with developer RED to anchor three of its retail projects: Trident in Constanta, and Armonia shopping centers in Arad and in Braila.
Real has chosen to become an anchor for the future Cotroceni Park mall, while Cora will anchor Sun Plaza mall, to be opened this year. Auchan will anchor the future Iulius Mall in Suceava.
Do-it-yourself stores are also sought after anchors, and their expansion strategies are ambitious for the next couple of years. “DIY stores have a higher net profitability than other players: an EBITDA margin of 17 percent, compared to 7 percent. They proved to be the some of the most active companies in 2007,” says Linda Vasilescu, consultant with AT Kearney. Praktiker and Bricostore have reached 20 and 11 stores respectively and have announced plans to open two-three units per year on the medium term. “Their expansion plans will closely follow the development of the real estate market,” Vasilescu says.
As local furniture sales reached EUR 1.1 billion last year mainly due to the development of the real estate market, furniture stores have also become important anchors for future commercial centers. Several new entries have increased competition on the market along with the probability of seeing furniture stores in the new commercial centers. Austrian furniture group Lutz has recently stated its intention to enter the Romanian market with possible stores in Arad, Oradea and Timisoara. IKEA, whose first store opened in Bucharest last year, plans to add five new ones in the next five years.
Local furniture producer and retailer Mobexpert will open four stores in 2008 in Suceava, Pitesti, Ploiesti and Bucharest. It will thus join the anchor stores in Sun Plaza mall with a new 10,000-sqm unit. Mobexpert plans to invest EUR 8 million this year in this expansion plan, Dan Sucu, general manager of the company, told Business Review.
Interior design stores are enjoying a similarly positive customer turnout to furniture stores and so have their own expansion plans. Bam Boo, the chain of interior design stores operated by French Andromede D