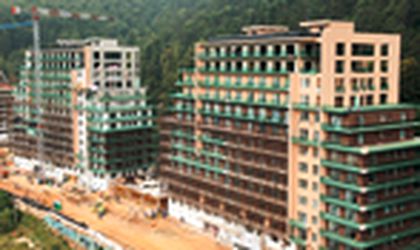 The project, which will be ready in 2009, will also feature the highest building in Brasov, with 16 floors. The other two buildings in the compound will have eight and nine floors, respectively. The project, to be called Kronvest Business Park, will also include a heliport. The business park will deliver 32,800 sqm of built area, including 20,000 sqm of offices, 4,600 sqm of area for services and some 8,000 sqm of parking area.
Each of the three blocks in the business park will host retail areas on the ground and first floors. The rentable spaces in the projects will be of at least 64 sqm, while rents will vary between EUR 11 and EUR 15 per sqm, according to the firm.
Kronvest Group of companies has been involved in several real estate projects and has activities in development, property management and in construction services. The company's portfolio includes Europeresidence a residential project in Brasov, as well as Tampa Gardens in the same city. The latter currently features three blocks of flats with 407 apartments and the developer is building another phase of the project, two blocks of 350 flats.
The firm has also been involved as construction company in a 15,500-sqm business park in Poland. Kronvest was set up in 1996 and went on to become a group of companies, currently numbering eight.
Corina Saceanu