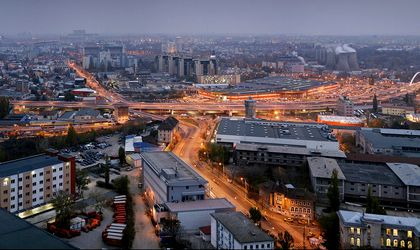 Over 15 large land transactions totaling an area of over 45 ha and a cumulated value of EUR 90 million were registered in Bucharest in 2015, according to data from real estate services firm DTZ Echinox.

Compared with 2014, which was the best post-crisis year for the land market in Bucharest, the total transactional value dropped by 55 percent last year, while the total land area transacted was lower by 16 percent, according to the same source. “This was mainly because in 2015 there were no land plots acquired for mixed developments – offices and retail. Also, the number of deals involving land plots suitable for office developments were scarce,” according to the same source.

In 2015, the most active investors acquiring land plots for commercial developments in Bucharest were Swedish Ikea and Skanska. Ikea, which entered the local market in 2007, acquired last year a land plot located in the eastern part of Bucharest where it said it will open its second store in Romania. Skanska, which officially entered the local market in 2011, closed two land acquisitions last year. The land plots purchased by the Swedish investor are located in Barbu Vacarescu – Floreasca (central northern area of Bucharest) and Politehnica area (western part of Bucharest). Both locations are among the most important office destinations in Bucharest. Austrian and Greek investors, which were among the most active in Romania throughout the last decade, performed no relevant land acquisition in 2015.

In terms of location, most of the lands transacted were located in the northern and western areas of Bucharest. In the northern area the land plots that have been acquired are suitable for office, retail and residential developments, while in the western area of the city, the acquired land plots are suitable for office, residential and logistics developments.

“In terms of shopping centers, Bucharest currently has a dominant scheme for each geographical region. Thus, in the short term, retail developments will consist of proximity retail parks, refurbishments and reconversions or niches such as outlet centers,” said DTZ representatives. On the office segment there is already a significant pipeline for the next couple of years, the center north and center west areas remaining the most attractive office locations in the city.