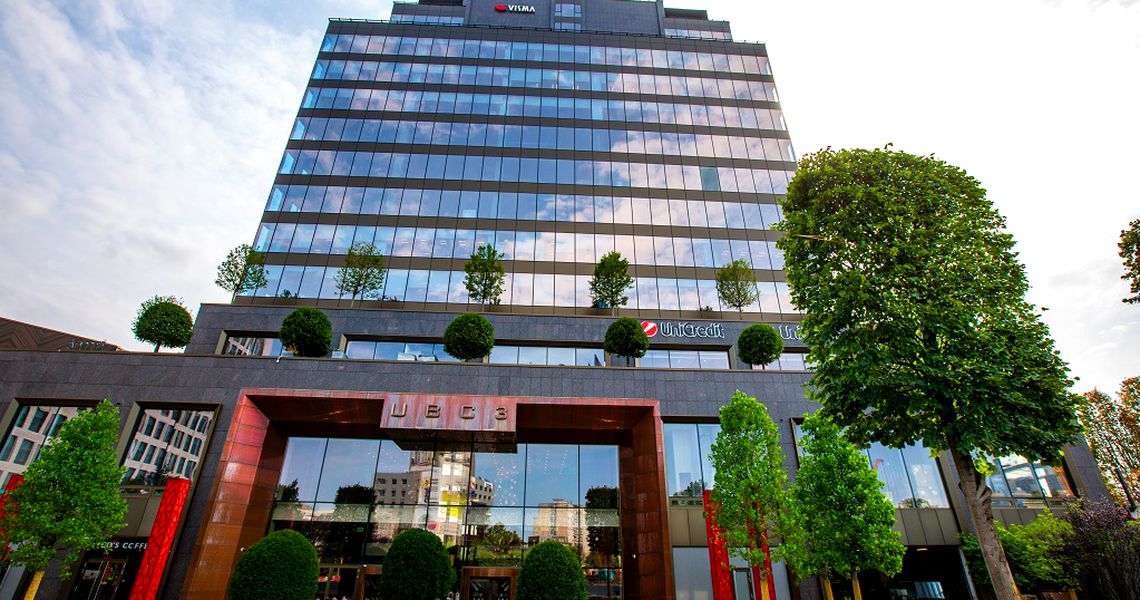 Expectations of both companies and individuals change alongside the constantly developing local economy. With the local business environment on the up, real estate developers need to adapt to the new conditions and come up with a different approach to the market. Mixed projects are one solution for reviving local communities and offering more functionalities under the same roof.

At the end of this month, Iulius companies and Atterbury Europe will commission the first stage of Iulius Town Timisoara project, the former Openville, following an investment of over EUR 220 million, the largest real estate investment in the region. It is the first mixed project in western Romania and the most important real estate scheme to be commissioned this year on the Romanian market.

Conceived as a project with multiple functions (retail, entertainment and office), Iulius Town is enhancing the current Iulius Mall and will be the main destination for business, shopping and entertainment in western Romania. According to representatives of the Iulius company, Iulius Town will be a city within the center of Timisoara, designed as an urban revival that will coagulate the community, bringing together both local citizens and individuals from neighboring countries regardless of their interests: working, shopping, sports or relaxation.

The first stage of the project will include 120,000 sqm of retail space – the largest amount outside Bucharest – with 450 stores, a new concept of cinema, the largest health and fitness center in Romania, under the WorldClass brand, a wide range of restaurants and cafes, a park, a conference center with three conference rooms created by Italian designers that can host up to 1,000 participants, and 100,000 sqm of class A office space where about 13,000 employees will be working. The project will also include an auto tunnel and 4,070 parking places for cars and bikes.

The first three completed buildings of the project are already operational and host the offices of large companies such as Intel, Microsoft, ACI Worldwide, Bitdefender, Atos and Veoneer, among others.

“Mixed projects like Palas Iasi and Iulius Town Timisoara have brought back to life the central urban areas that are less capitalized upon for the benefit of the local community. We’re talking about reactivation and capitalization of a space with a project designed solely for the current needs of modern people, meant to coagulate a community. Such a business, retail and entertainment center represents an economic development not just for the city itself, but for the entire region,” say representatives of Iulius company. According to them, Iulius Town addresses both the community of Timisoara and clients from neighboring counties and even Serbia and Hungary.

The auto tunnel which crosses the complex and connects two important arteries is the most important investment in infrastructure. Designed to relieve traffic congestion in the city, it was the result of an investment of over EUR 9 million. “The auto tunnel was the solution we proposed to ease the traffic. It is obvious that Iulius Town will become a ‘hot-spot’ on the map of Timisoara city. Hence, it will be extremely useful. In addition, since its inception, our intention was to donate it to the City Hall of Timisoara. It is a natural approach as it is an urban asset,” they say. 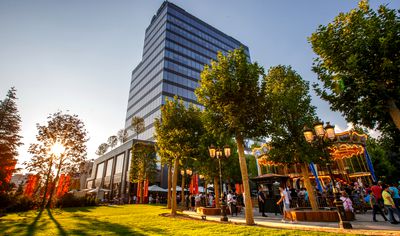 IMPROVING THE LIFE OF THE COMMUNITY

But what is the added value of mixed projects for both the development of the local community and economy? “Mixed projects fuel and improve community life by bringing people together and offering them the opportunity to save time, energy and resources. Our mixed project in Iasi, Palas, is proof of a successful recipe implemented in a dynamic community. It is a recipe that we are applying in Timisoara now,” added the representatives of Iulius. According to them, mixed projects are the future of urban areas. In general, when choosing a destination to develop such projects, real estate developers look both at the size of a city and the economic potential of the wider region. Such a project meets the needs of an entire region, comprised of an extended and active community for which the effective management of their time is a day-to-day challenge. “Any large city to which both individuals and businesses migrate will need, sooner or later, mixed and integrated real estate projects.”

As representatives of Iulius say, such projects will become poles of development, while the cities that host them will vibrate around them. “For sure mixed projects will be a benchmark on the real estate market, considering that the concept of a ‘city within a city’ will be a behavior changer,” they add. In other words, in time, people will see how convenient it is to have everything under the same roof: their office, a wide range of stores, parking, playgrounds, entertainment, cinema, restaurants, cafes, a medical center and a park.

On a similar theme, the Iulius Town Timisoara project is in line with locals’ expectations of having as green as possible a city to live in. The park included in the project has been built above a new underground parking lot and was designed in a unique manner. It includes over 1,400 trees and 20,000 saplings brought from Italian farms, a tiered carousel, playgrounds for kids, a skating rink and squares for events.

In an era dominated by speed, when individuals face a long list of challenges and responsibilities both at work and at home every day, Iulius Town is a modern solution to the problems and concerns of today’s society. It was conceived to help people increase the effectiveness of their time and focus on their job. In this regard, Iulius Town will have the first kindergarten and primary school giving lessons in English, using the British curricula, and will offer a variety of locations for lunch in one of three United Business office buildings or the mall, while consumers can go shopping in the complex without wasting their time in traffic. “With its 120,000 sqm of retail space and 100,000 sqm of class A offices, Iulius Town meets all the needs of modern individuals.”