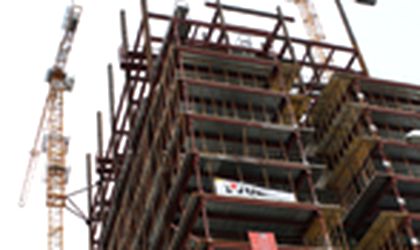 The retail segment attracted investments of EUR 444.5 million, representing 46 percent of the total, followed by the office sector which absorbed 33 percent of the entire sum, EUR 322.8 million. Logistic spaces saw investments of EUR 43.9 million, or 5 percent of the total foreign capital, while hotel developments and projects attracted EUR 18 million. Some EUR 140 million went into other types of projects on the real estate market, according to the C&W study.
On foreign markets, global investment in commercial property fell 59 percent in 2008 to USD 435 billion down from the 2007 record total of USD 1,050 billion, according to the international data provided by the real estate consultant.
“Although virtually all global markets underwent a decline in investment, it's been the mature markets which have suffered most. Emerging markets now account for 22 percent of global investment when as recently as 2006 they only accounted for 9 percent,” said David Hutchings, head of research at Cushman & Wakefield EMEA.
European markets have also been hit by falls in property prices, according to the report. The shift in pricing followed a west to east drift, starting in the US and UK and spreading through Eastern Europe, the Middle East and now most of Asia and emerging markets such as Ukraine, Mexico and Russia, which have seen the most significant yield increases.
According to research, Europe has been worst hit by the re-pricing. All sectors have seen substantial yield shifts with Eastern Europe following the West.
Shops have suffered somewhat less than offices and industrial but other retail types in Eastern Europe, including shopping centers and retail warehouses, are seeing significant increases in the researched markets.
Magda Purice