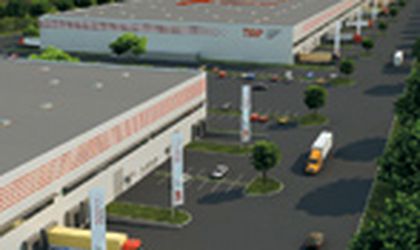 The company has acquired 26.4 hectares of land north-east of Timisoara alongside Timisoara Traian Vuia Airport. It plans to erect four buildings totaling more than 129,000 sqm in the project, called Timisoara Airport Park. In a second and third phase, two other warehouses, comprising 70,000 sqm, will be developed. A multifunctional building for office, services and hotel use will complete the park in 2010.
“Over the past few years, the central and eastern regions of Europe have emerged as strategically important areas for industrial distribution. Our Timisoara-based company has been successful in anticipating this trend, and now has more than 300,000 sqm of industrial, logistics and office space under development in Romania,” said Oliver Schenk, chief executive of and associate with Invest4SEE.
The company, which is acting as developer and co-Investor in Timisoara Airport Park, is currently developing a second industrial project in Turda, Cluj County, some 200,000 sqm of warehousing. “We