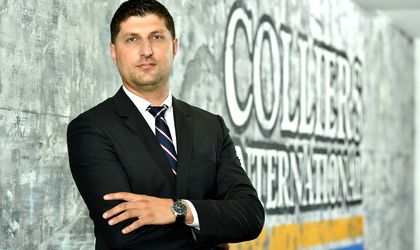 Some 500,000 sqm of logistics and industrial space are forecast to be delivered this year in Romania which will mark the highest post-crisis level, according to real estate consultancy Colliers International. About 80 percent of this will be delivered in Bucharest alone, but there is growing interest for regional cities as well.

New developments are fueled by demand coming mostly from FMCG companies and online retailers which is estimated to remain strong throughout 2017. Online retail in particular is forecast to become the main growth engine for this real estate segment over the next five years which in turn will lead to doubling the existing stock, according to Laurentiu Duica, associate director – industrial division within Colliers International.

“Given the last three years’ high demand, we estimate that the current logistics and industrial space stock of 3 million sqm will increase by 500,000 sqm in 2017 (about 17 percent), marking the highest level of post-crisis deliveries. About 40 percent of the new deliveries will come from FMCG companies, 20 percent from online retailers and 10 percent from IT and electronic warehouses, ” said  Duica. There will also be numerous speculative projects which will be delivered this year which should quickly secure tenants, he added.

This year could also see the entry of new players from the manufacturing sector given that in 2016 several were looking at the Balkans region and also given the structural changes of the local economy, added Colliers International representatives. Not only Bucharest is targeted by such potential new comers but also secondary and tertiary cities with a well-developed retail scene and that also benefit from infrastructure developments.