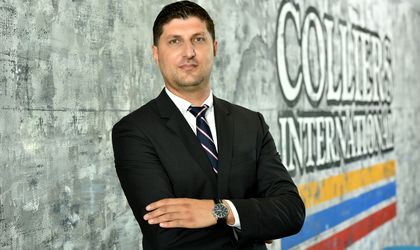 Romania’s modern industrial and logistic facilities reached 4.72 million square meters at the end of the first half of the “pandemic year”, up by 5% compared to the corresponding period of 2019. This represents over 9% of the stock figure for the biggest 17 CEE economies, and though it could exceed 5 million sqm by the end of 2020, there is still signficant room to grow, according to Colliers International’s exCEEding Borders report.

Romania’s stock of modern industrial and logistic spaces has grown threefold since 2015, but there is still a significant gap between Romania and other CEE markets. In the Czech Republic, modern industrial and logistic spaces are at roughly 9 million square meters, while in Poland are around 19,6 million square meters. This means that on a per capita basis, Romania’s stock of modern storages is 4x below Czechia’s and 2x below Poland’s.

“The Romanian industrial and logistic market has been arguably one of the most dynamic in Europe, although growing from a fairly small level. Over a longer term, the relative under-supply of industrial and logistic space in Romania on a per capita basis supports strong growth in the subsequent decade. Regarding the second half of this year, demand, vacancy level and rental rates are expected to remain stable. An increase in vacancy could be noted in the Bucharest market, offering more options for tenants active in this market, both in terms of rental fees and locations ”, says Laurențiu Duică, Partner & Head of Industrial Agency at Colliers International.

The total leasing transaction volume in Romania at the end of June reached 250,000 square meters, new agreements dominated the leasing structure and constituted 81%. Bucharest accounted for 35% or a total of 87,500 square meters of the leased industrial and logistic space, and the most significant share of deals were new agreements and renegotiations, which constituted 55% and 37% respectively.

Tenant structure in terms of sectors in the Romanian market was dominated by retail/FMCG sector, which generated 50% of all deals, while in Bucharest it was led by 3PL/logistics (35%) and light production/manufacturing (33%). Profi’s new logistic facilities in Timișoara and Craiova were the most important developments, covering 115,500 square meters.

Rents for prime warehouse spaces remained broadly stable this year, between 3,8-3,9 euro per square meter for prime industrial & logistic spaces around Bucharest and around 3,7-3,9 in other hubs around the country. For comparison, in the area of ​​Warsaw, Sofia or Budapest the rents amount to 5 euro per square meter. The average lease lengths in Romania are 3-5 years in case of logistics/warehouse premises and 5-7 years in case of production/manufacturing.

Colliers International consultants note that amid the pandemic, incentives are higher, with developers offering tenants more rent-free months per year of lease than before. Tenants may also get 1 to 2 months early access to the property. Otherwise, vacancy is still comfortably in single digit territory, hovering around 7-8%, and has not seen any material changes amid the coronavirus situation.

In Central and Eastern Europe (CEE), the report revealed that some of the key challenges in this sector include the availability of land and property in locations that meet both the developers and end-user expectations, along with the availability and reliability of utilities, connectivity to transport infrastructure, the availability and skills of the labour pool, and access to investment incentives.

Industrial and logistics real estate markets across the CEE-17 region are all at different stages of maturity, both in terms of size and the pace of development. The total supply of modern Industrial and Logistics (I&L) stock across the CEE-17 is well over 50 million square meters in total. From this supply, the current availability can be categorized as low, with the majority of markets recording vacancy rates of below 5%.