CTP Romania has over 270,000 sqm under construction, a quarter of the total volume going up around the CTP network 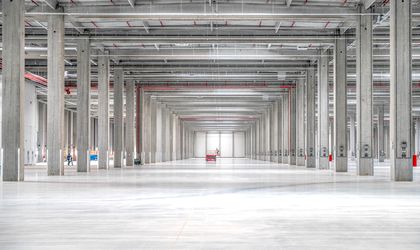 With a portfolio that recently reached 2 million sqm, CTP Romania is the largest developer and administrator of class A industrial and logistics spaces in the country. It continues to expand, with more than 270,000 sqm currently under construction in Bucharest and regional cities. Romania is a growth driver for the CTP group, with 26% of new construction taking place here.

“CTP has over 1 million sqm under construction around the network and we are proud to say that Romania is one of the most dynamic markets, after Czech.  We have more than 270,000 sqm under construction in Bucharest and regional cities such as Timisoara, Sibiu, Turda and Pitesti. This means than 26% of the new construction are taking place in Romania, which proves both the high potential of the Romanian market and the excellent capabilities of our construction team to deliver in time and on budget”, said Ana Dumitrache, Country Head of CTP Romania.

The largest projects under construction for CTP Romania are located in the following parks: CTPark Bucharest West (at km 23 of the A1 highway), CTPark Bucharest North (in Stefanesti), CTPark Timisoara (Ghiroda area), CTPark Bucharest (km 13 of the A1 highway). After important acquisitions during 2021, Timisoara became the second largest industrial market for CTP Romania, with approximately 40,000 sqm under construction and new spaces to be launched soon. Other important industrial projects under development are in Sibiu, Pitesti and Turda.

During 2021, CTP Romania also expanded its presence in new cities such as Brasov, Craiova and Oradea – where the company will start in 2022 a special project, a cargo terminal at Airport Oradea. The project will be directly linked to the runway of Oradea airport and involves complex construction work, according to aeronautic standards, with special platforms and parking facilities for aircraft, efficient traffic systems combined with the logistics facilities necessary to make such a project work correctly and efficiently. 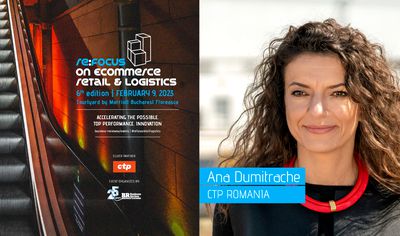