CBRE advises E van Wijk in the renewal of 10,400 sq m of industrial spaces in P3 Bucharest A1 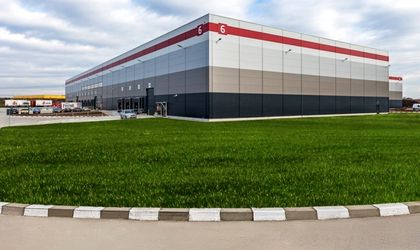 CBRE, leader in the real estate consultancy market, advised the integrated transport and logistics services provider E van Wijk in the process of renewal of approximately 10,400 sq m it occupies in the industrial park P3 Bucharest A1, located in the west of the capital city, at km 13 of the A1 Motorway. The western part of Bucharest remains the most active area for new industrial developments, the stock doubling in the last five years.

E van Wijk has been a tenant of the P3 Bucharest A1 park since 2007 and has gradually expanded, occupying in present a total area of 10,400 sq m, double the volume leased five years ago. The current space includes an office area and the warehouse used to distribute more than 15,000 pallets per month, with more than 50 employees.

“The opportunity to expand, the strategic location and the efficient administration of P3 Bucharest A1 were the main reasons why E van Wijk decided to extend by at least three years the duration of its stay in the industrial park where it has successfully grown in recent years. The renegotiations represented 17% of the total 187,500 sq m leased in the first half of the year”, stated Tudor Iuga, Senior Consultant, within CBRE Romania, the consultant who advised the renewal of the contract.

Tudor Iuga has joined the real estate consultancy company CBRE Romania in February, this year, with over eight years of experience in the logistics industry. This year, the Industrial Services team of CBRE advised the trading of over 51,000 sq m area of industrial spaces in Bucharest and Timișoara. 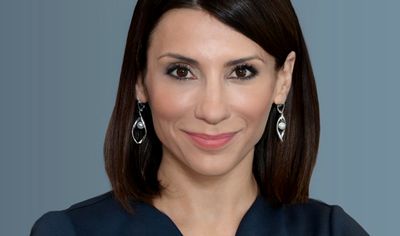 Read more about
The online channel covers 15% of all retail purchasing in CEE, and in 4 years’ time it will cover one-fifth
read more

The western part of the capital city, the most active area: the stock has doubled in the last 5 years

The industrial space market recorded positive results in the first half of the year, both in terms of traded volume and deliveries of new projects. Approximately 312,000 sq m of industrial spaces were added to the existing stock in the first six months, over 70% of this area being in Bucharest.

“The capital city remains the most desired area for expansion. Moreover, the western region, located between km 13 and km 23 of the A1 Motorway maintains its attractiveness to occupiers, being the most active in terms of new developments. The stock of industrial spaces in western Bucharest has doubled in the last five years, reaching 1.38 million sq m and over 170,000 sq m are under construction”, indicated Andrei Jerca, Head of Industrial Services, CBRE România.

E Van Wijk is a European provider of integrated transport and logistics services with subsidiaries in the Netherlands, Romania, Ukraine and Poland. The group was founded in 1949 in the Netherlands and focuses on customers in various industries such as electronics, food, retail, agribusiness, marketing, construction and more. The Bucharest office manages an important part of the logistics/warehousing business, but also international, regional, domestic transport and local distribution.

“We are delighted to have completed this transaction with one of our park’s longest-standing customers, E van Wijk, along with our trusted CBRE partner who has supported us throughout the negotiation and signing process. We also thank the E van Wijk team for the confidence placed in P3 Bucharest A1 park, but also for their open, creative and constructive attitude. For us, it is always a pleasure to work together and we are glad that we will continue this long-term partnership”, added Sînziana Pardhan, Managing Director of P3 Romania.

P3 Bucharest A1 Park is located about 13 km west of Bucharest city center, with direct access to the A1 motorway. The total area of the P3 Bucharest A1 park is approximately 380,000 sq m and currently includes 14 buildings, a power station and a railway terminal. The park’s largest tenants include Carrefour, eMag, Yusen Logistics, Gebrüder Weiss, Elit, Agricover, HOPI, Europharm, Interbrands and E Van Wijk.