Analysis: 23 distribution centers are supplying on a daily basis the stores of the largest retailers

A total of 23 distribution centers supply the top 9 largest retailers in Romania daily, working at full capacity, to ensure that the population has access to all the products they need, reveals an analysis made by Dunwell, an independent Real Estate agency in Romania specialized in the Industrial sector.

“Despite the difficult times we are going through, with lots of uncertainties caused by the spreading of COVID-19 virus in the whole world, Romania’s largest retail chains are supplied on a daily basis, under maximum safety conditions, from the 23 distribution centers in our country. We have sufficient stocks and we foresee no problems in supplying the stores in the weeks and months to come, also taking into consideration that the international freight companies have received a `green light` from the EU authorities for transportation, so the risk that warehouses and, consequently, stores could confront a shortage of stock, is very low,” said Marian Orzu, managing partner Dunwell.

Southern Romania and Bucharest, more than 600,000 sqm of warehouses

With 14 distribution centers, totaling over 615,000 sqm of space, the Southern Romania covers more than two-thirds of the total warehouses in the country, all the retail companies operating here.

In the Bucharest area, we can find the majority of warehouse investments, with more than 400,000 sqm in projects in the West (Carrefour, LIDL, Profi, Cora), North (Auchan, Carrefour, Metro, REWE, Mega Image) or South (Mega Image).

Five international retailers with hundreds of stores are supplied daily from the total of 250,000 sqm of warehouses located in Transylvania: Kaufland, Carrefour, LIDL, Profi and REWE Group, there are.

Cluj and its surroundings are still the main attraction for investments in FMCG deposits, more than 180,000 sqm of industrial spaces being operated in this area.

LIDL, Profi and REWE retail chains are being supplied from their deposits in Roman and Bacău daily, totaling more than 85,000 sqm of storage spaces. 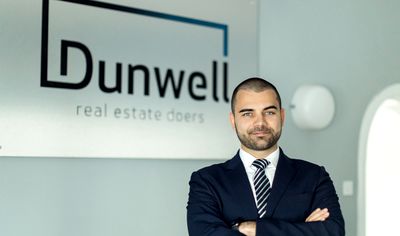 The largest deposits are in Roman, where LIDL and Profi operate over 70,000 sqm of warehousing.

Demand for online deliveries has hit a record high

Demand for online deliveries has hit a record high in this period, so the retailers had to allocate more space in their warehouses for the virtual orders.

“As a result of the measures taken by the authorities to limit the people’s exposure and leaving their houses, the large retail chains have recorded a 30 – 50 percent growth of their online orders, delivered by their own transportation services or through courier services. Increases in demand during this period have also been registered by courier services or companies specialized in food or non-food products deliveries, where values are reported to be even  10 times higher compared to the period before the isolation measures being taken,” added Marian Orzu.

About half of the largest retail chains in Romania operate an online platform with delivery or take-away point options, Dunwell data reveal.

The Ministry of Transportation, Infrastructure and Communications, alongside with the Ministry of Internal Affairs have reached to an agreement, after discussions with the EU authorities, to set special corridors and routes for freight transport for the food industry goods in the EU and non-EU countries so that the delivery times will not be affected in Romania.

With these routes, transport companies are being assured that there will be no delays in their delivery times. Thus, freight transport, such as foods, medical equipment or medical care will benefit from continuity, protection, and safety, in order to limit and prevent the spread of the COVID-19 virus.

This measure was taken also by the other EU states so that the freight transport or special deliveries (including courier services) have priority on the European highways and roads.

Dunwell brokered for Maspex the lease of industrial space in Global Vision’s Constanta...

Dunwell has brokered the relocation of Dacris in a new warehouse of 4.000...