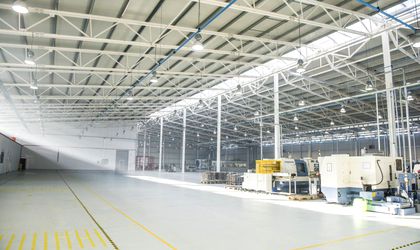 The industrial sector could reach out up to 750,000 square meters of logistic projects by the end of this year, leading Romania to the surpass the 4 million square meters milestone, according to the latest forecast by Dunwell, the independent real estate agency specialized in Industrial brokerage in the country. The forecast also states that about 300,000 sqm of industrial projects are under construction now, one-third of the built area being set in the Capital city or nearby.

“Many important projects, started in 2018, will be finalized this year and the developers have started to look up for new future land developments in the regional cities like Craiova, Constanta or Iasi in order to extend their presence across the country. An increase in the demand for smaller size industrial space is being recorded and we expect the Eastern side of Bucharest to become a new hot spot for this type of projects, based on a few key factors such as: the lack of developer and logistics competition in the area, great public transport connection with the city and A2 highway and the workforce availability nearby. Therewith, the North-Eastern side of Bucharest, that connects the city with A3 Bucharest – Ploiesti highway, is also targeted by investors for future industrial projects,” says Daniel Cautis, managing partner Dunwell.

By the end of 2018, the A class warehousing stock was about 3.5 million sqm. Based on the forecast of projects to be completed by developers this year, Romania could surpass the 4 million sqm stock, a performance which reflects the increasing interest of investors in our country.

“The Real Estate market in Romania continues to be on the rise, where the industrial sector has gained significant momentum. The high consumption rate level leads to increased demand for industrial space, creating a great opportunity for investors and developers all together. Whilst by the end of 2018 in the industrial market the registered vacancy rate was under 5 percent, due to the new for this year we estimate that this rate could rise up to 8 percent, putting a higher pressure on rents, which, last year, averaged between EUR 3.8 per sqm – EUR 4 /sqm, at national level,” says Cautis.

Among the most active industrial developers in 2018 there was CTP, with nearly 50 percent of all deliveries, WDP, VGP and Zacaria. For this year, besides the new deliveries announced by the big developers in Romania, remarkable projects are about to rise near the Capital Bucharest from new developers on the market such as MLP or Element Industrial.

The industrial sector dominated by Retail and FMCG 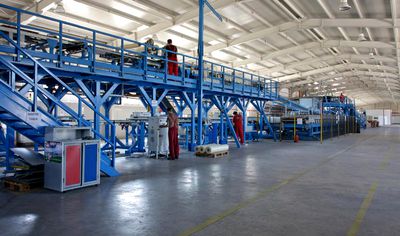 As expected, about 60 percent of the total transactions in Romania were industrial spaces developed in Bucharest or nearby.

“The high demand coming from Retail and FMCG clients will continue this year, as well, both being related to the consumption rate level in Romania, which plays a key role and a positive influence on the development of new industrial space,” says Cautis.

The demand volume from logistics companies, even after losing the lead position in 2018, it remained quite significant, determining 25 percent of the total number of transactions concluded last year.

Out of the 500,000 sqm of industrial space leased last year through real estate agencies, Dunwell concluded 15 percent of the total, surpassing by 5 percentage points its initial objective of 10 percent market share. Dunwell also broke a record last year when they transacted the biggest land outside Bucharest in the last five years, with a total area of 230,000 sqm.

Dunwell, the first and only exclusive industrial real estate agency in Romania is a start-up founded in 2017, in Bucharest. The agency’s main objective is to intermediate the transactions  between industrial owners, logistic  park developers (new developments, existing or under construction, build-to-suit, brownfield  or greenfield  projects etc.) and tenants (logistics, traditional and online retailers, FMCG, production).