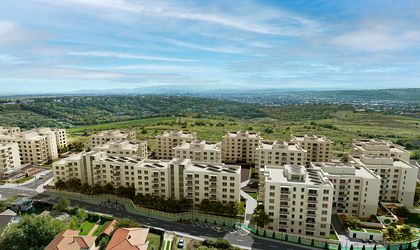 IMPACT Developer & Contractor, the first real estate developer listed on the Bucharest Stock Exchange, announces a Capital Increase through Private Placement between August 18th and August 19th, through the issuance of a maximum of 125,000,000 shares.

The capital raised by IMPACT will be used to support the company’s development strategy. This operation is the second share capital increase through private placement in 2022, intermediated by Swiss Capital as licensed broker, after a successful first action finalized earlier this year.

“Despite the challenges generated by the economical global context, IMPACT has proven that it has the ability to adapt and continue to implement its mid-term growth development strategy. We are continuing our expansion both in Bucharest, where we are accelerating the development of GREENFIELD Baneasa, one of the largest residential projects in Bucharest, and nationally, with ongoing projects in Constanta and Iasi. In the coming months we will focus to launch the project in Iasi, the biggest masterplan project in Moldova, as Iasi is one of the fastest growing cities in the country with strong presence of various companies and with an increasing demand for residential.“, says Constantin Sebeșanu, CEO of IMPACT Developer & Contractor.

At GREENFIELD Băneasa, work is underway to complete the last 435 apartments part of Phase 4, which totals 1,167 BREEAM Excellent certified apartments. The first three phases of GREENFIELD Băneasa – over 2,500 apartments – are completed and sold out. GREENFIELD Baneasa is IMPACT’s flagship project, developed on more than 600,000 sqm of land in the northern part of the Capital, surrounded by 900 ha of forest, which will include more than 6,000 apartments at the end of its development in 2028, with an estimated total value of more than 800 million euro.

In GREENFIELD Copou, which aims to become the largest sustainable residential project in Moldova, complying with BREEAM Excellent sustainability criteria and nZEB construction standards, IMPACT will start the development for the first 292 apartments and the commercial area that will serve the entire complex. With a total value estimated at 163.6 million euro, the residential compound will have a total of 1,062 apartments and will benefit from a kindergarten and after-school, a sports and leisure club with indoor and outdoor swimming pool, commercial area and 15,000 sqm of green spaces.

At the moment, IMPACT owns 89.6 ha of land with an EPRA value (the EPRA values are determined in accordance with the standards of the European Public Real Estate Association) estimated at 799.2 million lei, of which 73.5 ha with immediate development potential, on which new large-scale projects with mixed functions and infrastructure projects will be developed: Greenfield Baneasa, Greenfield Plaza Baneasa, Greenfield West, Greenfield West Plaza, Luxuria City Center in Bucharest, Greenfield Copou and Greenfield Copou Plaza in Iasi and Boreal Plus in Constanta. The gross development value of these projects between 2022 and 2027 amounts to 1.3 billion euro.

This autumn, IMPACT delivers the community center and the health and relaxation club from the GREENFIELD Baneasa compound, the first phase of the Boreal Plus project in Constanta and estimates that it will complete over 450 apartments in various ongoing projects.

In its more than 25 years of uninterrupted listing on the BVB, IMPACT has attracted financing of 128.5 million euro for the development of its projects, through a series of financial instruments, including investment loans and the issuance of new shares and bonds.