IMMOFINANZ’s rental income in Romania to EUR 12.2 mln in Q1 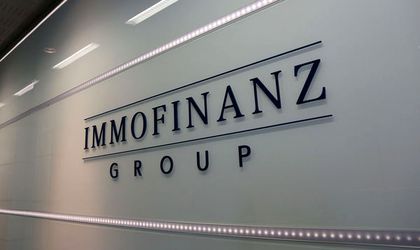 At the end of the first quarter of the 2017 financial year, IMMOFINANZ’s rental income in Romania totals EUR 12.2 million, accounting for 21.4 percent of the Group’s total rental income.

The IMMOFINANZ properties in Romania represent 21.2 percent of the company’s total portfolio (excluding Russia), including 72 properties (17 standing investments, 3 developments, 8 real estate inventories (apartments that are intended for sale after completion and 44 pipeline projects) with an amounting value of EUR 845.4 million. The expected fair value after completion of the current Group’s development projects in Romania amounts to EUR 71.5 million. During the first quarter of the 2017 financial year, the occupancy rate of the Romanian portfolio increased to 96.5 percent (compared with 31 December 2016: 95.8 percent).

“IMMOFINANZ again has grown stronger in recent months: the occupancy rate in our Group’s portfolio rose to nearly 92 percent, and our cost structures improved significantly – in both the financing and personnel areas. The refinancing arranged in January of this year will reduce our financing costs by more than EUR 21 million annually over the medium-term. Our investment in CA Immo has also developed well in the past months, and this has had a positive effect on financial results. Our CA Immo shares are recorded on our books at EUR 630.7 million based on a market-related valuation at the end of March, but – based on the EPRA NAV – were worth roughly EUR 693.0 million. This represents a substantial increase over the original purchase price of EUR 603.7 million, “ said Oliver Schumy, CEO of IMMOFINANZ.

IMMOFINANZ generated an overall net profit of EUR 101.7 million from continuing operations, excluding Russia, in Q1 2017 , compared with Q1 2016, with EUR -139.3 million. Rental income totalled EUR 57.1 million for the reporting period, compared with EUR 58.2 million in Q1 2016. The slight decline of 1.9 percent resulted primarily from portfolio adjustments involving the retail sector in Austria. After an adjustment for new acquisitions, completions and sales (like-for-like), rental income rose by 3.7 percent to EUR 49.7 million in the starting quarter of 2017. Results of operations equalled EUR 17.8 million. Financial results improved substantially to EUR 93.0 million, above all due to positive valuation effects from the investments in CA Immo and BUWOG. 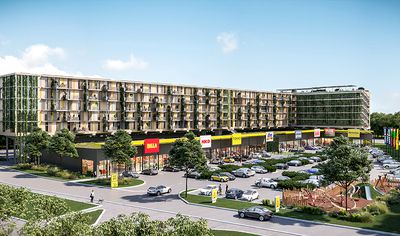 Read more about
IMMOFINANZ expands portfolio to include the growth segment of sustainable and affordable housing – up to 12,000 apartments planned
read more

IMMOFINANZ with strong earnings plus for the first half-year – successful growth course...

REALTY Forum 2021 | Andreea Cotiga, IMMOFINANZ: It is important to redefine the...