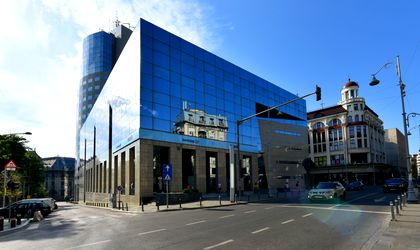 IMMOFINANZ has acquired the Bucharest Financial Plaza office building, in a prime central location close to the historic center of Bucharest. The property is being sold by Banca Comercială Română (BCR), the largest financial services group in Romania and a subsidiary of the Austrian Erste Group Bank. The building, with gross rentable space of around 27,700 sqm (post-conversion), was BCR’s head office until last year. The costs of the transaction amount to approximately EUR 36.0 million – the closing took place today.

“This agreement represents an important step for IMMOFINANZ in strengthening its high-quality office portfolio and its innovative myhive office brand in Bucharest. The Romanian economy will recover rapidly from the decline caused by the pandemic in 2020 and we expect positive developments in the coming years,” stated Dietmar Reindl, COO of IMMOFINANZ, highlighting the attractiveness of the market. “As part of the planned refurbishment into a high-quality, modern and sustainable office property under our flexible premium myhive brand, we will also provide more space for the public area and the green city terrace will bring a highly appealing central attraction to the residents of the city.” The renovation work is scheduled to begin following the planning and approval phases in the second half of 2022, with completion scheduled for 2024.

“The Bucharest Financial Plaza plays an important role in the latest developments in the city. It is uniquely located in the heart of Bucharest and offers access to a multitude of shops, restaurants and recreational activities. We are very pleased to have found IMMOFINANZ as a partner, with its many years of expertise in the Romanian market and the expertise to further develop the potential of this landmark”, said Michael Werner, Real Estate Management Executive Director at BCR.

The Bucharest Financial Plaza is not only the tallest office building in the city center at almost 70 metres, but is also an architectural symbol. The location on Calea Victoriei, the main street in the historic city center, provides excellent access to private and public transportation links, including three subway stations in close proximity. Since 2000, the Bucharest Financial Plaza has also formed part of a popular shopping district.