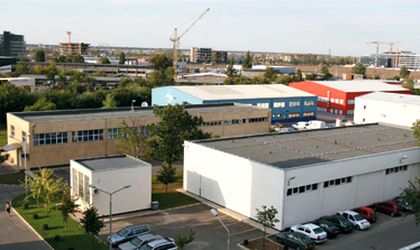 By the time Business Review went to press, no Immoeast or ACMS representatives had been available for comment on the transaction.
The S-Park project was estimated to require EUR 60 million in investments which includes the price of the 12,000-sqm plot on which the project is located.
It is Immoeast's third transaction on the local market this year, after it recently purchased the Victoria Park office building for some EUR 60 million. The investment fund has also gotten involved in an industrial project by buying the local industrial developer Logistic Contractor from local businessman Ioan Precup. The investment fund is to develop a logistics park worth some EUR 70 million.
The S-Park project will bring some 30,800 sqm of rentable area in four main buildings. The project was initially started in partnership with ING Real Estate which is now just a consultant for the project, according to media reports.
The business park is already 50-percent leased, with ING bank being the main tenant with around 9,400 sqm. Mobile operator Zapp, law firm CMS Cameron McKenna, as well as software company Wizrom and beer producer Brau Union are among the tenants in the building.
Immoeast was also active in Romania last year, participating in the biggest transaction ever on the market. The fund bought Polus Center in Cluj from TriGranit Holding for some EUR 210 million.
In October 2006, the investment fund announced it had 21 projects in Romania purchased or underway, worth around EUR 1 billion. The fund will manage EUR 300 million in projects by 2010 for the country, according to the latest announcements.