Immoeast cancels 53 European projects, over half in Romania 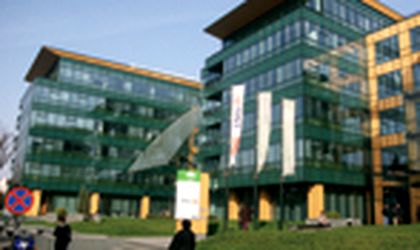 The decision to cancel the 53 projects came “in the scope of measures for the consolidation and strengthening of liquidity which began in autumn of 2008. As a result, the capital requirement (equity and loans) for the future has been drastically reduced. Open investment costs have been reduced by a total of EUR 3.15 billion, EUR 2.43 billion of which is accounted for by Immoeast, the remainder by partners for specific development projects,” stated the report.
Fund representatives said the cancellations would incur EUR 34.7 million in costs, 11 percent of the planned investment volume for the projects concerned. Depending on the current planning status, another 16 projects with a project volume of EUR 1.15 billion will be cancelled or sold off from the remainder of Immoeast's development portfolio. Ongoing negotiations concerning the cancellation procedures are currently underway, according to Immoeast.
Recently, the fund sold its share package for their joint projects in the region to the Austrian real estate developer S+B Gruppe.
Overall, the fund stated revenues of EUR 86.1 million in Q3 of 2008/2009, 13.8 percent up on the previous fiscal year, while cumulative revenues in the first three quarters rose by 19.3 percent to EUR 252.7 million. The report also states a significant increase in earnings before interest, taxes, depreciation and amortization (EBITDA) in the third quarter year on year, while a 2.6 percent decline from EUR 91 million to EUR 88.7 million was observed in accumulated figures.
The development of the financial result was especially negative, showing a negative EUR 559.1 million and accumulated EUR 870.9 in the third quarter. The most significant factors putting a strain on the result were the devaluations in financial investments and associated companies as well as the effects of the exchange rate, which at a negative EUR 920.8 million impacted the financial result of the first three quarters, according to the report.
Magda Purice