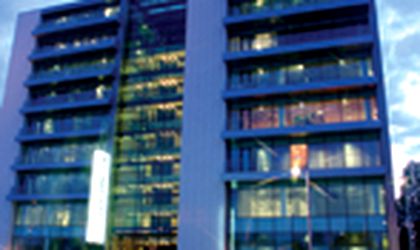 “Many projects which were started before the global crisis are ongoing. Floreasca Business Park is fully leased and already nearly fully occupied, and none of the tenants has cancelled the lease agreement,” GM Claus Kegel told Business Review. He added: “In 2008 we were all complaining about the shortage of qualified engineers and laborers. Material prices were rising monthly. We were all operating less efficiently than possible. The crisis will also help to cool down the overheated construction business and help it operate more efficiently and profitably.” The construction contract of Floreasca Business Park was estimated at EUR 64 million and comprised three contracts, for the design, the pit construction and eventually the main contract, according to Kegel.
Besides the project in Floreasca, Heberger is involved in two other projects, the residential compound Residenz Cartierul German in Chitila and the Felbermayr project in west Bucharest.
“Three out of four phases of Residenz Cartierul German are completed and handed over. The client had a problem in deciding how to treat phase four, where the structure is also completed, but decided recently that it should be mainly completed, leaving only some flexibility for buyers in the internal finishing. The Felbermayr project in Bucharest West is proceeding to schedule. The client has added a public OMV fuel station and extended the scope of our works significantly,” said Kegel. From these three projects, the company will derive a turnover of nearly EUR 22 million in H1 of 2009.
Magda Purice