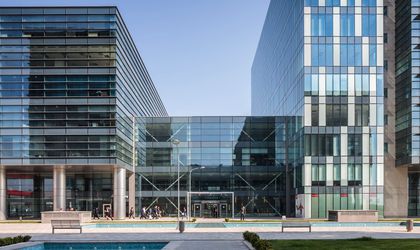 The volume invested in real estate assets in Romania, Poland, and Slovakia increased in 2021, while the Czech and Hungarian markets experienced a decline compared to 2020, according to data from real estate consulting firm Cushman & Wakefield Echinox.

At the regional level, total transaction volumes reached EUR 9.98 billion, a 4.3 percent decrease from the previous year. The Polish market registered a growth of 8.3 percent, while the transacted volume in Slovakia was 54.2 percent higher in 2021 than in the previous year. On the other hand, the Czech Republic recorded a 36 percent drop in transactions pertaining to income-producing assets, while the volume in Hungary declined by 18.2 percent.

In Romania, 54 transactions with real estate assets were completed last year, twice the number recorded in 2020, with the total investment volume reaching EUR 916 million, up 0.2 percent, according to the Romania Investment Marketbeat report. 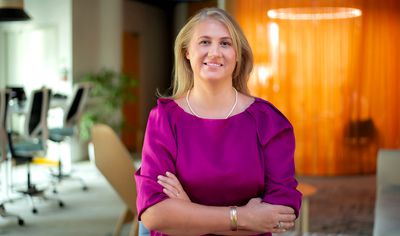 Read more about
Colliers: The building materials and utilities price increase, together with the measures for aligning to ESG requirements
read more

After a first semester in which the investment volume was below the level registered in the same period of 2020, the market strongly recovered in H2 2021, with transactions totaling EUR 618 million, an increase of more than 100 percent when compared with the first six months of the year.

In terms of asset classes, most transactions involved logistics and industrial premises—around 40 percent of the total (21)—followed by retail properties (13). Despite a smaller number of assets transacted, the 8 office buildings that changed their owners in 2021 had a 44 percent market share of the total volume (EUR 402 million), followed by the industrial segment (30 percent share) and retail (20 percent).

“Investors’ interest in real estate assets remained at a high level in 2021 amid a relative re-balancing of the relationship between landlords and tenants, an aspect that is meant to ensure a stable financial flow for investors. A high-potential part of the market are sale & lease-back transactions, as the owners of various businesses will benefit from such deals if they are able to finance their core businesses by disposing of their real estate portfolios. In 2022, we can expect new record deals, which could contribute to exceeding the 1 billion euro transactional volume threshold,” said Cristi Moga, Head of Capital Markets at Cushman & Wakefield Echinox.

The largest transactions in terms of volume were Louis Delhaize’s (Cora) sale and leaseback of its six commercial galleries in Romania and Supernova and Atenor Group’s disposal of the Hermes Business Campus (75,000 sqm GLA) office project in Bucharest to Adventum Group, with this transaction marking the latter’s entrance on the Romanian real estate market. CTP (the largest owner of industrial and logistics spaces in the country) strengthened its position by completing four transactions during the year, totaling EUR 170 million.

OFFICE MARKET STILL ON THE RISE

Total demand for modern office space increased by 23 percent in 2021 to 263,000 square meters compared to the same period of the previous year, according to Colliers data. At the same time, new demand reached 104,000 square meters, up 47 percent from the same period in 2020. The fourth quarter was the first truly normal quarter in two years, Colliers consultants note, suggesting that signs of future demand give confidence that the return to the office market may indeed begin in 2022, even though it might take a few more years to reach pre-pandemic levels.

“Compared to previous years, 2021 remains relatively weak, but the second half provided encouraging signals in terms of companies and signed contracts. New demand in the fourth quarter was in line with the quarterly average recorded from 2015 onwards. The total value of completed Colliers-mediated office rental transactions in 2021 exceeded 43,000 square meters, a clear increase compared to 2020. It is also important to point out that the calculation methodology did not include areas that were returned to owners or other transactions that are in the process of completion,” says George Didoiu, Director of Tenant Services Office 360 at Colliers.

Colliers advisors draw attention to the fact that managers are still exploring new post-pandemic work models, with the share of office and remote work being decided by each company. They approach real estate needs with caution, and for some the hybrid work model generates new challenges related to the work environment of the future. But overall, there are some positive factors that suggest that the market’s recovery should be somewhat shorter this time around, including the fact that the Bucharest office market is noticeably more mature than it was a decade ago and it benefits from an increased presence of large international companies. Otherwise, IT&C and service companies remain dominant on the Bucharest leasing market.

“More and more of the conversations we’ve been having lately with the management of large companies have been related to employees’ productivity and social connections and focused on how to create a work environment that supports these principles. It becomes obvious that working from home for extended periods of time also has negative aspects, especially in the long term. Demand has re-emerged from large international companies announcing that they are looking to open offices here, while many of the existing firms are starting to resume their expansion, and this new demand should compensate for any reduction that may result from the adoption of a hybrid working model. Of course, there are also companies that have reduced their office space or have tried to sublet their spaces, offering very attractive packages to interested parties,” Didoiu adds.

Colliers is responding to current challenges and future needs of the office market with Office 360°, a complete approach to the office and all its elements, carried out through a unique and highly complex process that is tailored to the very last detail to fit companies’ needs and strategies. Colliers’ approach to cost control at each stage of an office transformation delivers additional savings often in excess of 10-15 percent when compared to the quotes usually received from contractors in negotiations during the tender stage.

The stock of modern office space in Bucharest has reached 3.2 million sqm, with 250,000 sqm delivered in 2021. Colliers consultants say that the reduced supply of modern offices in Bucharest per capita, of only about 1,300 sqm of office space per thousand inhabitants—even without taking into account the fact that the metropolitan area is probably larger than 2.4 million inhabitants— is a long-term isolating factor, and they expect the modern office stock to start growing again in a few years. For comparison, Warsaw has about 2,000 sqm of office space per capita, while Amsterdam has about 1,800 sqm.

80 percent of representatives of commercial real estate (retail, business centers and offices, logistics spaces) expect a revenue increase this year compared to 2021, while 73 percent expect transactional activity to intensify over the next 12 months, according to the Deloitte 2022 Commercial Real Estate Outlook global study. At the same time, given that global M&A activity increased by about 85 percent in the first half of 2021 compared to the previous year, 40 percent of companies participating in the survey said they could get involved in such transactions in the coming quarters.

According to the Deloitte study, revenue prospects differ by property type. Companies that own buildings being used in the digital economy (data centres, cell towers or industrial spaces) have even better revenue prospects this year compared to those in other areas. Even office, retail, and hospitality respondents showed some optimism for the short term.

Under these circumstances, many companies are focusing on retrofitting properties and repurposing spaces for alternate uses to maximize their value. However, only a quarter of them are substantially increasing technology investments to strengthen portfolio and asset management capabilities.

“As far as the local market is concerned, after the 2021 record for land transactions, we expect real estate project developments to follow. Bucharest continues to account for the most real estate transactions in Romania (67 percent of those closed in the first half of 2021, mainly related to office buildings and hotels, according to central bank data), but the appetite for other regions in the country is also obvious,” said Alexandra Smedoiu, Tax Partner at Deloitte Romania and Real Estate Industry Leader.

In terms of workforce, organizations should continue investing in digital tools to support remote work and focus their recruiting efforts on employees with technology skills, according to the study. Two-thirds of respondents revealed that their companies were planning to be completely or partially virtual going forward, although more than half believed long-term remote working would negatively impact productivity. In contrast, about 60 percent felt a remote working option would help their company compete for talent.

Another challenge companies will need to respond to in the coming period in order to meet investor, tenant, and employee expectations is related to ESG (environmental, social, and governance) issues. 60 percent of respondents believe that ESG initiatives are driving new business opportunities for their organization, while half think such initiatives are giving them a competitive advantage.

On the other hand, 80 percent of the companies surveyed said they did not have a fully modernized core system that could easily incorporate emerging technologies, which limits their progress and ability to innovate.