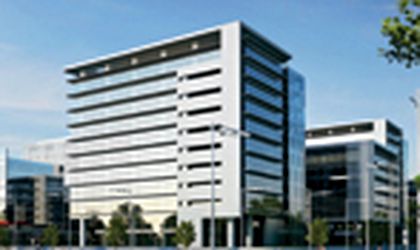 Global Finance Real Estate will develop three projects on the Bucharest market, starting with Global City, a EUR 200 million mix of offices and residential in northern Bucharest, close to the Pipera metro station.
The other two projects in planning are Global Gardens, a residential project near the America School in northern Bucharest, and Global Plaza Floreasca, a mix of offices, residential and supporting retail on the former Automatica site. These two projects are in their permits approval stage. Global Gardens will cost EUR 120 million, said Luca.
Works on Global Gardens could start in the first part of 2008, according to Aurelia Luca. The project will feature 500 housing units – townhouses and low rise villas. The compound will also include a retail area, restaurants and a spa.
Global City will be built on 60,000 sqm of land and will be built in three stages, with 2010 set as the completion deadline. The first phase of the project, for which construction works have started, includes two office buildings and will need a EUR 80 million investment. The two office buildings, to be called Global City Business Park, will be finalized in 2009 and will feature a 44,000 sqm net leasable area. The buildings will also offer 890 parking places.
Global Finance hopes to receive the permits in time for the Global Plaza project and to start it in 2008. The site hosted Ford's factory in Romania in the 30's and was later on in the property of Automatica. The company decided late last year to sell the site to a company called Primaverii Gardens for EUR 19.7 million. ‘There are buildings on the site, some of them will be integrated in the new project,” says Luca.
According to the UK architecture firm which designed the project for Global Finance, the mixed compound will feature 145,000 sqm of built area, a 300-room, five-star hotel, a high-rise office building, and several residential park side towers. The project will comprise of seven buildings. The compound will be facing Floreasca Street and the park with Floreasca Lake, as previously reported by Business Review.
Global Finance owns 15 hectares of land, all of which have already been allotted to the three mentioned projects. “We have also become developers, besides being investors,” says Aurelia Luca.
Global Finance manages several investment funds, some of which focus on real estate. Global Finance has so far committed to 70 investments, totaling over EUR 850 million.