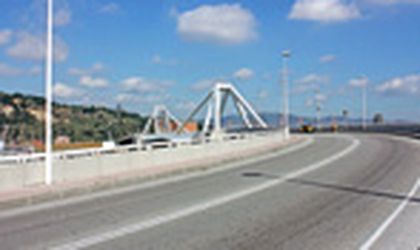 The selected construction companies will finalize the technical project this year, according to previous data. The Comarnic-Brasov portion of the Bucharest-Brasov highway will be under the winners' concession for 30 years, after which the contract can be extended.
The same project attracted two other bidders, the Astrada Concession consortium, made up of Strabag AG, Egis Projects, Eurovia Construct International, Housing & Construction Holding Co. Ltd, and the Autostrada A3 Comarnic-Brasov consortium, consisting of Bilfinger Berger and Porr. Another bidder, made up of Colas SA, Bouygues Travaux Publics SA, DTP-Terrassement SA, Intertoll Europe Zrt and Meridiam Infrastructure Finance SARL, was pre-selected but failed to submit an offer.
The state will pay the winning construction companies EUR 180 million per year for 26 years after the highway is completed, according to representatives of the Transportation Ministry. Around 80 percent of the land which needs to be expropriated for the highway to be built belongs to state companies.
The next highways to be built through concession contracts will be Pitesti-Sibiu and the big Bucharest ring road.
The Brasov-Bors highway, another highway project for Romania which is now under construction, started in 2004, when the EUR 2.24 billion contract was signed. The contract was re-assessed in 2005, when a new government stepped in. Bechtel completed the first five kilometers of highway of the 25km sector connecting Gilau and Campia Turzii last summer.
Corina Saceanu